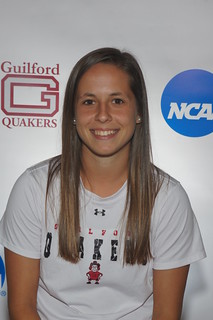 Valchar, a junior defender, started in all 19 games on the Quakers’ back line. She notched her first and only college point with an assist in the Quakers’ 3-2 ODAC win over Emory & Henry College. The three-year starter has now appeared in 57 career contests with 49 starts.

Second-year head coach Michael Shenigo’s Quakers ended the season with an overall record of 2-16-1 and a 2-10 ODAC mark. Shenigo expects 15 letter winners back in 2015, including Valchar.