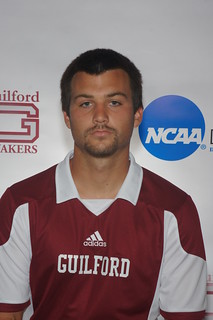 A 5-9 defender and team captain, Dillon started all 18 of the Quakers’ games this season. He ranked second on the Quakers with a career-high 10 points on one goal and a team-best eight assists, the fifth-highest total in school history. Dillon netted his lone goal in Guilford’s matchup against Shenandoah University to help the Quakers to a 1-1 tie. He also tallied two assists in contests with Ferrum College and Emory & Henry College.
In his four college seasons, Dillon played in 69 matches, starting 56. He had 17 career points on two goals and 13 assists. He leaves ranked seventh among Guilford’s career assists leaders. Dillon is scheduled to graduate with his degree in accounting and business administration.

Also a team captain, Sandidge played in the midfield for most of his 16 appearances (15 starts) this year. He earned Second Team All-Old Dominion Athletic Conference (ODAC) honors for the second straight season and becomes the 10th two-time All-ODAC men’s soccer honoree in school history. 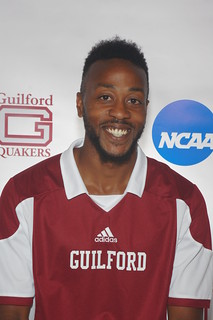 Sandidge ranked fourth among the Quakers’ scoring leaders with eight points from four goals. He netted the game-winning tallies against league-foes Washington and Lee University and Randolph-Macon College. One of Sandidge’s best games of the year was against Washington and Lee when he scored both Guilford goals in a 2-1 win over the previously unbeaten Generals. His efforts garnered ODAC Player of the Week recognition for the second time in his career.

Sandidge played in 33 games during his two years at Guilford, starting 32. He scored career 20 points, comprised of nine goals and two assists.

Ninth-year head coach Jeff Bateson’s Quakers ended the season with an overall record of 5-11-2 and a 4-5-2 ODAC mark. Bateson expects 21 letter winners back in 2015.