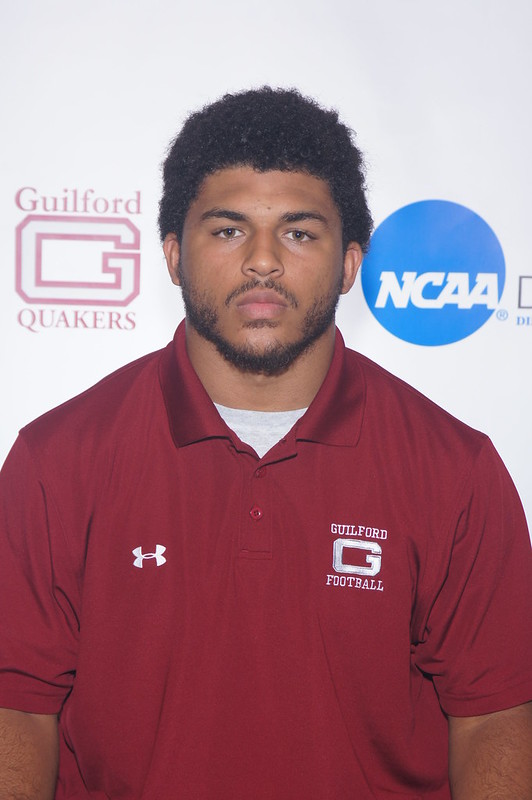 Bell, a 5-6, 205-pound running back and kick returner, earned the second weekly honor of his career thanks to a dominant performance in Guilford’s 23-20 ODAC win at Bridgewater College Oct. 17. He compiled 254 all-purpose yards and scored two touchdowns in the Quakers’ sixth win in seven outings (dating to last season). Bell ran the opening kickoff back a league-record-tying 100 yards and also carried 21 times for 104 yards and a score. His 42-yard, third-quarter touchdown run opened a 16-6 Quakers’ lead. He caught two passes for 20 yards and returned a punt for four yards in his sixth game this season with at least 194 all-purpose yards.

Bell ranks third in the league and 63rd nationally with 99.2 rushing yards per game. He has rushed for over 100 yards in four straight games, the longest streak by a Quaker since Josh Schow’s six straight 100-yard rushing games in 2013. Bell’s 238.5 all-purpose yards per outing leads the ODAC and ranks second in NCAA Division III. His 722 combined kick return yards and 38.4-yard kickoff return average also rank second in the land. Bell has a school-record two kickoff returns for a touchdown this year, plus one punt return for a score. Bell’s 13.3-yard punt return average is second-highest in the league and 20th in Division III.