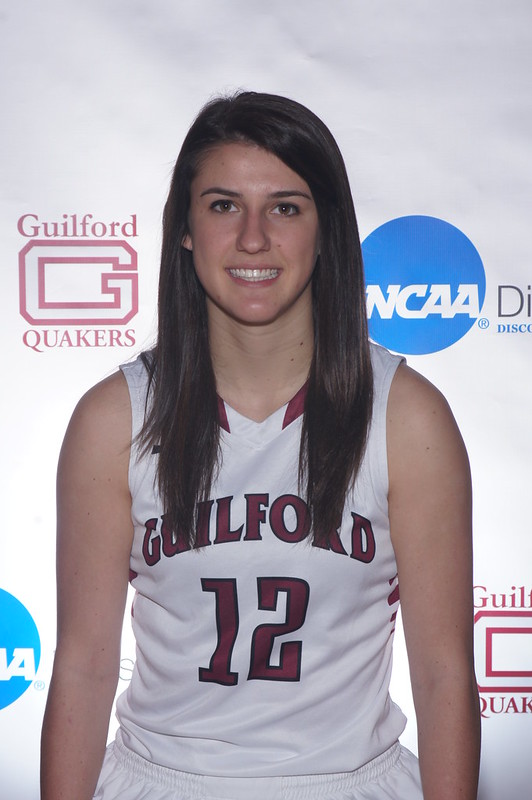 Ramsey, a 5-10 sophomore guard, averaged 17.0 points, 6.5 rebounds, 4.0 assists and 2.0 steals per game in two Quakers’ road wins last week. She connected on over 48 percent of her field goals and had just two turnovers in 57 minutes. Ramsey shared game-high scoring honors with 16 points and dished out a career-high six assists in the Quakers’ 75-48 victory at William Peace University December 1. She knocked down seven-of-13 shots from the floor, including two three-pointers, and collected five rebounds in 19 minutes. Ramsey scored a game- and season-high 18 points in Guilford’s come-from-behind victory at Bridgewater College December 5. She also collected a career-high eight rebounds and two steals in the Quakers’ league opener.

Ramsey stands second on the team in scoring (12.0 ppg.) and leads Guilford with 3.1 assists per game, the ODAC’s sixth-best figure. She ranks third on the team in steals (1.4 spy.) and fifth in rebounds (4.1 rpg.). Her 1.3 assist-to-turnover ratio stands eighth in the conference and she is 17th in scoring.