RALEIGH, N.C. – Former Elon women’s basketball player and Elon Sports Hall of Famer Susan Yow ’76 has been selected as one of nine members of the 2016 induction class to the North Carolina Sports Hall of Fame. Yow will be enshrined during the 53rd annual induction banquet on Friday, May 6, at the Raleigh Convention Center. 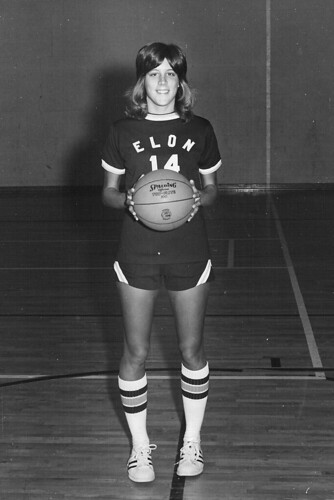 A native of Gibsonville, N.C., Yow came to Elon to play for older sister and head coach Kay Yow. She was a two-sport athlete, earning letters in both women’s basketball (1972-75) and volleyball (1972-74) as a member of each inaugural team. During her time at Elon, Yow was a two-time all-state selection and was named a Kodak All-American. She still ranks second on Elon’s individual season-high records list for free throw percentage (.851) and fifth in career rebounds per game (8.5 rbg). In 1993, she was inducted into the Elon Sports Hall of Fame.

Before her senior season, Yow transferred to North Carolina State, completing her collegiate career and was also the first Wolfpack women’s basketball player to be named an All-American, earning second team honors for the season year in a row. During that season, she led the Wolfpack in scoring (19.4 ppg), rebounding (11.9 rpg), field goal percentage (.584) and free throw percentage (.832) while serving as team captain.

The transfer to NC State from Elon occurred due to a coaching change when her sister left Elon to become the head coach at NCSU. During that time period both universities worked hand-in-hand to accommodate the transfer for that one-year period. Yow returned to Elon the following summer and graduated in 1976 with a BS in Physical Education before beginning her coaching career that has spanned nearly 40 years. She is currently the head women’s basketball at Queens University of Charlotte.