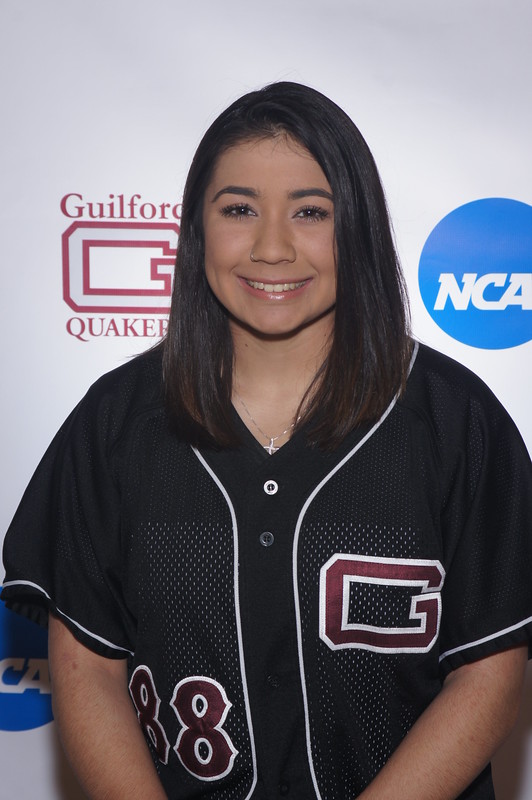 A 5-4 outfielder, Moreno began her college career with six hits and nine runs batted in (RBI) in her first 10 at-bats. She hit .600 in her first three games and helped the Quakers to a 3-1 start. After contributing a double and two RBI in Guilford’s 10-5, opening-day victory over Meredith College Saturday, she broke out in the second game of a Sunday doubleheader at William Peace University. Moreno belted two home runs, including a grand-slam and tied the school record with seven RBI in Guilford’s 9-8 victory. Her three-run homer in the top of the sixth inning proved the game-winning hit as the game was called after six frames due to darkness. She smacked a first-inning grand slam that spotted the visiting Quakers a 5-0 lead.