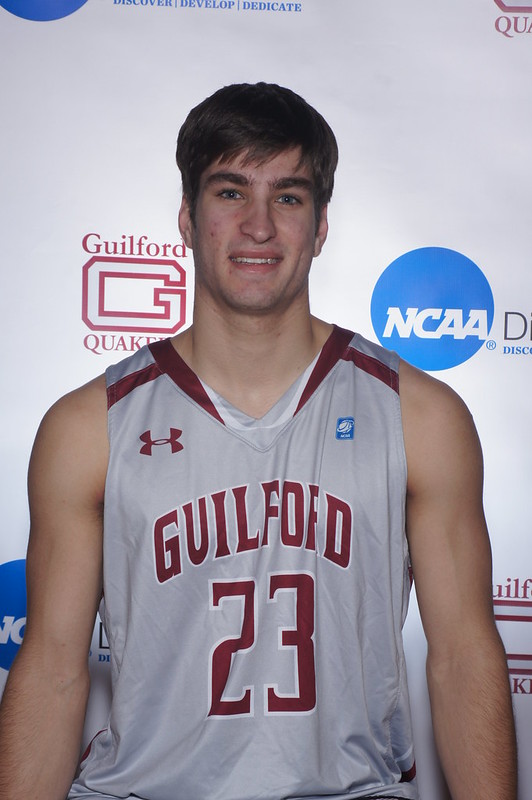 Houston, a 6-0 junior point guard, is a jack of all trades for the Quakers and ranks among the ODAC leaders in several categories. While scoring just 4.3 points per game, he leads the league in rebounds (8.0 rpg.), assists (4.8 apg.) and minutes (36.4 mpg.). Houston also stands at the ODAC’s most efficient guard with a 3.5 assist-to-turnover ratio that leads the conference and ranks fifth in NCAA Division III. The Quakers’ top defender is fourth in the ODAC with 1.8 steals per game. He ranks among the top-20 nationally in total minutes played and minutes per game. Houston’s career-high 13 points helped Guilford knock off the South region’s second-ranked team, Virginia Wesleyan College, on the road February 17.

Houston is the Quakers’ first ODAC Scholar-Athlete in the award’s 12-year history. He owns a 3.77 grade point average as a double major in exercise and sport science and health sciences. He earned Academic All-District V honors from the College Sports Information Directors of America earlier this month and is a two-time Academic All-ODAC selection. A certified nursing assistant and member of Guilford’s Student-Athlete Advisory Committee, Houston is a dean’s list student and a five-time member of Guilford’s Student-Athlete Honor Roll. 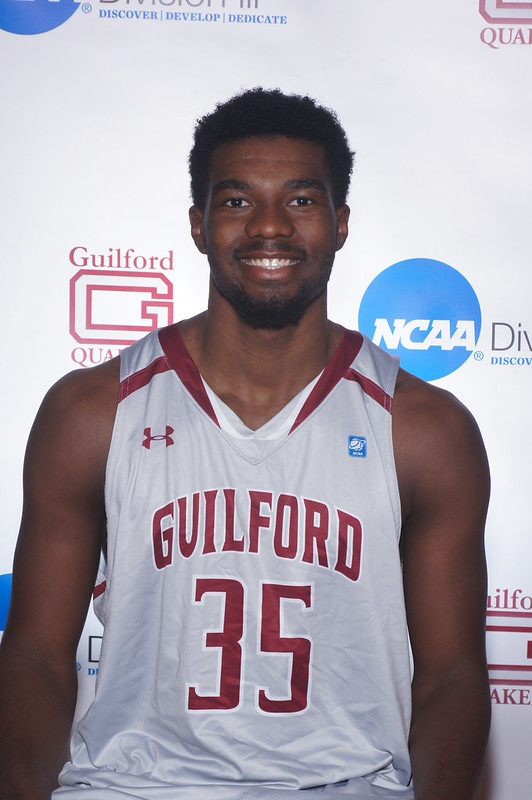 Thompson is the fifth Quaker to earn ODAC Rookie of the Year honors and the first since Freeman claimed the 2012 award. The 6-6, 215-pound forward overcame an early season injury and established himself as a threat on both ends of the floor. He is the team’s second-leading scorer (9.8 ppg.) and rebounder (7.3 rpg.) in 21 games. Thompson ranks fourth in the ODAC in rebounding and leads the league in offensive boards per game (3.1). His 52.6 field-goal percentage tops the team and stands ninth in the conference. Defensively, Thompson is a key rim protector and sits fifth in the ODAC with 23 blocked shots. His 1.1 blocks per game is third in the league. Thompson has a club-high five double-doubles this year, including a career-high 20 points and 12 rebounds against Bridgewater College December 5. 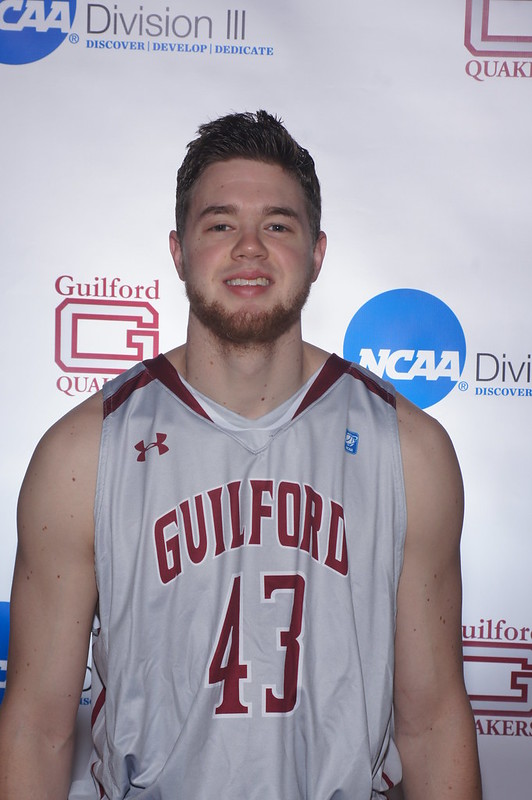 Freeman, a 6-5 215-pound senior forward, is enjoying the best season of his career. He is the Quakers’ leading scorer with 12.9 points per game, which ranks 13th in the ODAC. Freeman also averages 5.7 rebounds per game, good for third on the team and 17th in the league. He served as one half of Guilford’s tenacious offensive rebounding tandem along with Thompson and sits second among ODAC offensive rebounding leaders (3.0 rpg.). Freeman ranks eighth in the league with 0.8 blocked shots per game and enters the ODAC Tournament 24 points shy for 1,000 in his career. He has scored in double figures in all but four games this year and has led the Quakers’ scorers in eight games.