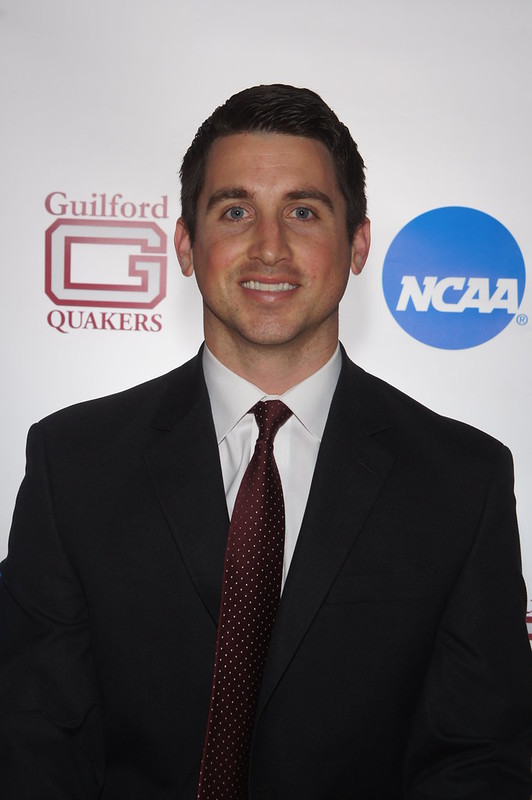 Kimbrough will leave his alma mater after six seasons to become associate head men’s basketball coach at Huntingdon College. He will spend a season on Mike Pugh’s staff before taking over as the Hawks’ head coach when Pugh retires in 2017.

Kimbrough, a former basketball and tennis standout for the Quakers, helped Guilford to a 103-55 record on Palombo’s basketball staff after serving a one-year stint as an assistant at Old Dominion Athletic Conference (ODAC)-rival Washington and Lee University. The Quakers reached the ODAC Tournament quarterfinals every year and had seven students garner all-league honors. Kimbrough, who served as the team’s recruiting coordinator, was instrumental in attracting two ODAC Rookie of the Year honorees (Will Freeman ’16, Alston Thompson ’19) and the development of 2015 ODAC Player of the Year and All-American Matt McCarthy ’15.

While Guilford averaged over 17 wins a season with Kimbrough on the sidelines, it averaged nearly 19 victories per year with him running the point. The Chapel Hill, North Carolina, native started a school-record 108 games and helped his team to NCAA Tournament appearances in 2007 and 2008. The Quakers also won the 2008 ODAC championship in the second of consecutive 24-5 campaigns.