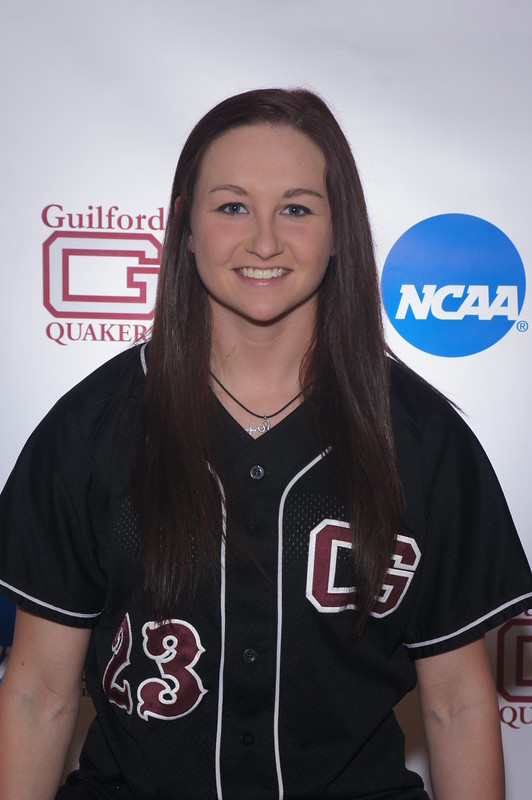 Carver, a 5-8 pitcher and infielder, earned Second Team All-Atlantic Region recognition from the National Fastpitch Coaches Association (NFCA) as well as Second Team All-Old Dominion Athletic Conference (ODAC) recognition this year. She played in 37 games with 29 starts and hit a team-best .426, the league’s fourth-highest figure and eighth-best in school history. Carver also led the Quakers’ offense in hits (46), runs (31) and stolen bases (24). The stolen bases mark set the school standard and ranked fourth in the ODAC. Her 0.67 stolen bases per game ranked 35th in NCAA Division III. She placed 10th in the league and shared the team lead with 10 doubles. Carver, a rising sophomore, stood ninth among ODAC on-base percentage leaders (.461) and her 23 runs batted in were second on the team. In 15 league games, she led the Quakers with a .413 batting average and tallied 19 hits, nine runs scored, six RBIs (RBI) and nine stolen bases.

Carver enjoyed a club-best 18-game hitting streak, had 10 games with two or more hits and five contests with at least two RBI. One of her best efforts was a 4-for-4, three-RBI effort in the Quakers’ 4-3 win over Eastern Mennonite University April 3 in which she delivered the game-winning hit in the final inning. She also had four hits, three RBI and two steals in an April 13 victory over Methodist University.

Before suffering a hand injury, Carver made 12 appearances in the circle with eight starts. She stood second on the team with a 5-5 record and had a 4.99 earned run average with 30 strikeouts in 53.1 innings. One of her best pitching performances was a five-inning complete-game shutout of North Carolina Wesleyan College March 16 in which she scattered four hits and fanned a career-high seven. She earned a three-inning save in Guilford’s season-opening win over Meredith College February 20.

Carver helped coach Dennis Shores’ Quakers to a 25-18 overall record (8-10 ODAC). Guilford qualified for its third straight ODAC Tournament and could return as many as 21 letter winners from the 2016 club, including Carver.