I have to thank my youngest son Micah for helping me to decide what I would write about this week. It is something that helps me to relate to our athletes. Many athletes on this journey of football run into difficult patches. It may be that they are not getting much playing time, are injured, team is losing, or they are not getting recruited. The easy decision is to quit or become negative. And, I can’t say I did not contemplate quitting or start crying at home due to my circumstances. However, none of these negative reactions will help. In fact, they will just further delay your blessings and make you unproductive. The answer is to become hopeful, ask your coach questions, continue to practice with tremendous effort, and never lose heart. This is my story and I hope it helps another athlete stay encouraged for the next chapter of their life.

My story begins in beautiful Miramar, FL where the best football team ever assembled resided. I played for the Miramar Patriots and was excited about my upcoming senior season. The atmosphere of playing football in Florida was second to none. We worked year round for an opportunity to step on the field to represent our community. Of course, that comes with some swag as well. The only problem was when the opening roster opened up I was not the starting cornerback. It seemed that everything I worked for all summer came crashing down on me. It had me questioning God for making me small and thinking about what his plan was for my life. 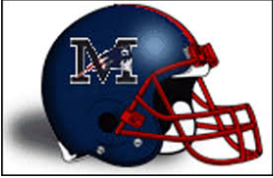 It did not help that our defensive coordinator said, “Son, we just don’t make them that small in Texas.” That was where he was from and he had determined that I was too small to play for the team. I didn’t see the problem as I felt like I was 5’9” 145 lbs. of pure steel who could play with the best of them. I would like to say that practice was fun and it was not painful. However, the truth was I cried to my grandmother and felt like I was being treated unfairly. Nevertheless, my mother told me that if I wanted something I had to earn it.

In that moment, I decided I would not attend one party and I would focus on becoming better. I worked hard on my grades because I still believed I could play football in college. I also had great teachers like my English Teacher Mrs. Wagner who told me I could make an excellent student in College. My favorite teacher Mr. Dickie who taught me Trigonometry told me to keep working hard and he shared great stories about him attending Brown University. My point was I found people that believed in me to encourage me to stay in the fight. The most debilitating event on the field was Coach making me a team captain due to my work ethic, meeting the rest of the captains at the middle of the field, and still have to go back to the bench. I continued to press on and practice as if I did not have tomorrow. My goal was to cover to the best of my ability and create interceptions. I was determined to get noticed. It seemed like coach was not noticing.

I went game after game of not playing. It was embarrassing to be a Senior at the pep rallys and not being a starter. I recall playing St. Thomas Aquinas and losing badly. They were very talented and had two WR’s that played at Notre Dame. I sat on the bench next to the gates to wait for my oldest brother to pick me up furious while listening to Biggie’s Ready to Die Album. It was not a good choice as it just made me more angry.

I thought College football was over for me, but one day our weightlifting Coach who was also our DL coach wanted to talk to me. He told me he thought I was one of the better coverage DB’s we had and I thought I should get a chance. He asked the Head Coach to give me five 1on1 matchups against our best WR’s to determine who would start. It was the moment I was waiting for and I knew that it would determine my playing time. I was nervous and excited at the same time. I said a prayer internally and was ready to get to work. I did not allow one catch in those attempts. Coach decided to start me the last four games of the season. I played those four games with everything I had and I was blessed to be voted all conference by the rest of the coaches in the conference. I hope my story encouraged you to not lose hope or make excuses. It is your time to use the talents that God gave you to their maximum potential and work with the effort it takes to succeed.

Jimmy Lamour is a former Guilford College in Greensboro, NC All South Defensive Back. He set the record for interception return yards at the school. Upon Graduation, he tested numerous philosophies on strength and speed through seminars, self-study, conversation with renowned strength coaches, and training of hundreds of athletes. This led him to develop the 4.30 40 Speed System a system that helped him improve his 40 yard dash from a 4.66 to a 4.30, which gave way to many professional football workouts. He later developed Lamour Training Systems with the help of his lovely wife Charlene to help athletes improve their performance and receive knowledge he missed out on as a child. He continues to consult with several division 1, prep schools, and high school coaches. LTS has helped many football athletes play at the D1, D2, and D3 levels. He believes that his passion to see young men become all God intended them to be and provide knowledge of the defensive back position which will allow young athletes under the tutelage of Pick 6 Academy to flourish. He is currently certified as a Youth Fitness specialist, 7on7 Performance Director, and High School Strength & Conditioning Specialist. Also, Coach Lamour is a devout Christian and enjoys being a part of Harvest Church. He has two children Camdon (19) and Micah (12).

Sign up for his newsletter to receive his free speed report at http://fastyouthathlete.blogspot.com/ on For more information, call 336-257-9151….