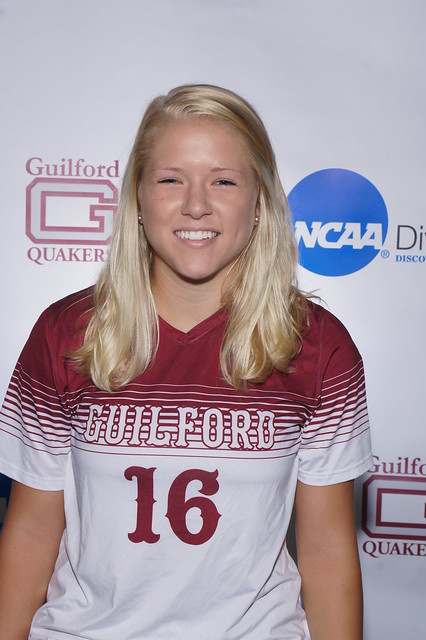 Culler, a 5-3 midfielder, made 13 appearances with four starts for the Quakers. She ranked third on the team with seven points on three goals scored and an assist, all career highs. Her best performance came against Old Dominion Athletic Conference (ODAC)-rival Hollins University, where she tallied a pair of goals to lead the Quakers to an 8-0 victory. Culler again found the back of the net in conference play to help Guilford to a 1-0 win over Randolph College.

Fourth-year head coach Michael Shenigo’s Quakers ended the season with an overall record of 6-9-1 and a 3-6-1 mark in the ODAC. The team made its first ODAC Tournament appearance since 2011, but lost in the opening round to Randolph-Macon College, 1-0. Shenigo expects as many as 17 letter winners back in 2017, including Culler.