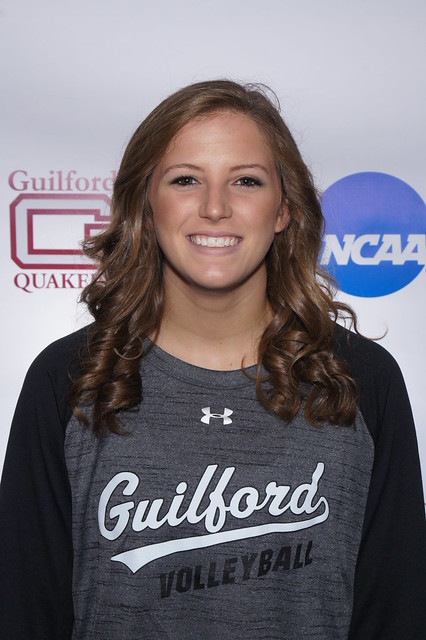 Davis finished second on the team and 12th in the ODAC in digs (316) and digs per set (3.33). Her 37 blocks in 26 matches ranked third on the squad. One of her most impressive performances came against Methodist University when she posted a season-high 21 kills and 19 digs, one of her club-best 11 double-doubles of the year. Davis had a team-high 16 matches with 10 or more putaways, including in a 3-0 win over Hollins University in which she had 14 kills on a season-best .462 hitting. Davis picked up a season-high 21 digs in a three-set loss to Washington and Lee University October 8.

Head coach Emily Gann’s Quakers finished the season with a 12-14 record (6-5 ODAC) on the way to their first ODAC Tournament appearance since 2012. Gann expects 16 letter winners to return in the fall of 2017, including Davis.