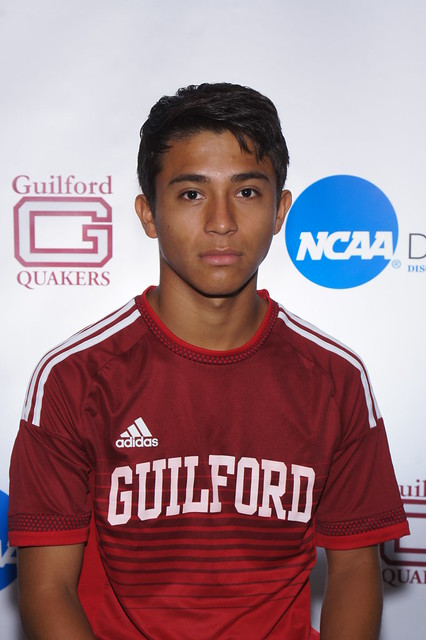 A 5-5, 135-pound midfielder, Aguilar started each of the Quakers’ 19 contests in a year in which he led his team in scoring. He registered a club-best 17 points on seven goals and three assists. Through games of November 9, his team-high seven goals rank seventh in the ODAC, while his 17 points stand ninth. His best performance was a two-goal, four-point outing against LaGrange College. His pair of goals helped seal a 5-1 Quakers’ win. He had two goals and an assist in Guilford’s final three games of the season, which helped the team qualify for its first ODAC Tournament since 2012.

First-year head coach Cory Speed’s Quakers ended the season with an overall record of 7-9-3, 2-4-3 in the ODAC. The Quakers lost at Randolph College, 3-2 in overtime, in the ODAC Tournament’s first round. Speed may return up to 19 letter winners in 2017, including Aguilar.