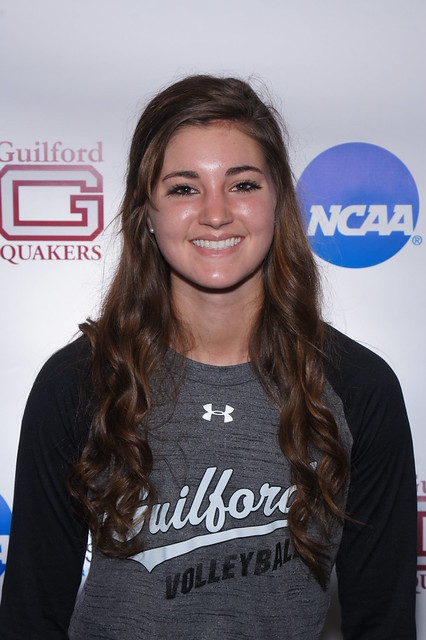 Clapp appeared in 26 matches as a defensive specialist and libero. She totaled three kills and 196 digs, with her best performance coming against Emory & Henry College where she had a career-high 17 digs. Clapp had six games with at least 10 digs.

Clapp, a team captain, appeared in 86 career matches and totaled 416 digs. She won Guilford’s 2013 Rookie of the Year Award and is a two-time member of the Academic All-Old Dominion Athletic Conference (ODAC) Team and a five-time Guilford Student-Athlete Honor Roll member. She is also a five-time member of the dean’s list. Clapp will graduate with a major in business administration and a minor in business law.

Head coach Emily Gann’s Quakers finished the season with a 12-14 record (6-5 ODAC) on the way to their first ODAC Tournament appearance since 2012. Gann expects 16 letter winners to return in the fall of 2017.