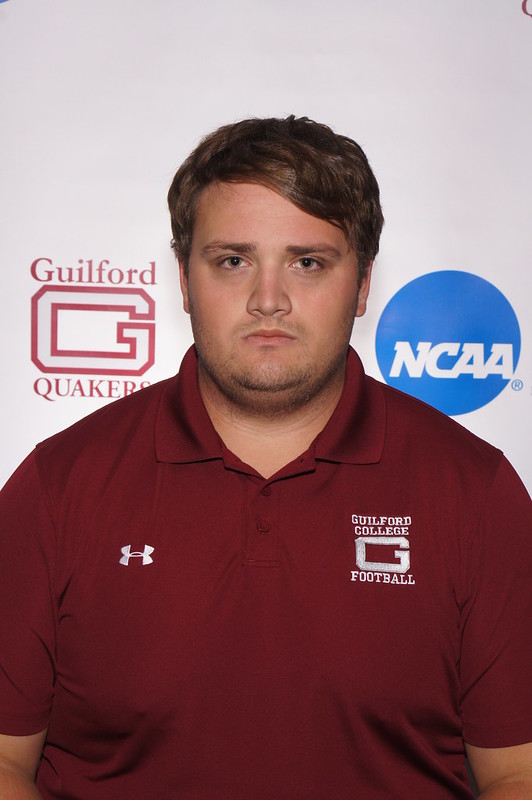 The CoSIDA Academic All-America® squads are comprised of 49 football students from Division III institutions across the country. Nominees were starters or key reserves of sophomore academic standing or above who maintained at least a 3.3 grade point average. This year’s two teams feature 19 students with a 3.90 cumulative grade point average (GPA) or higher, including eight with a perfect 4.0.

Setzer, a 6-1, 290-pound offensive lineman, competed in six games this season with one start. A reserve center, he contributed to an offense that ranks 25th in Division III in total offense (476.4 yards per game), 31st in first downs (254), and 40th in rushing offense (210.4 points per game). The Quakers led the Old Dominion Athletic Conference (ODAC) in total offense per game and first downs. Setzer helped Guilford post the first- and fourth-best team rushing totals in school history this season, as well as set the individual record for rushing yards in a game (De’Eric Bell, 295 yards vs. Methodist).

A sport management major with a communications minor, Setzer has a 3.90 grade point average. He is a three-time Academic All-ODAC selection, a six-time Guilford Student-Athlete Honor Roll recipient and a six-time dean’s list student. In 2016, Setzer earned Guilford’s 2016 Eugene S. Hire Memorial Award for demonstrating the highest standards of academic scholarship. He is in his second season as sports editor of the Guilfordian, the school’s newspaper, and as a part of Guilford’s Principled Problem Solving Scholars Program. Setzer earned Academic All-District® V recognition in 2014 and 2016.

Coach Chris Rusiewicz’s Quakers posted a 4-6 overall record (1-6 ODAC). Guilford won its first four games of the season and extended its winning streak to a school-record 10 games, one of nine standards set during the 2016 campaign. The Quakers could return as many as 76 letter winners and 15 starters in 2017.