FOREST, Va. – Guilford College placed a school-record four students on the First Team All-Old Dominion Athletic Conference (ODAC) Softball squad and one on the second-team unit. The league office released the annual all-star teams nominated and selected by the league’s head coaches Tuesday. Selections are based on play in league games. 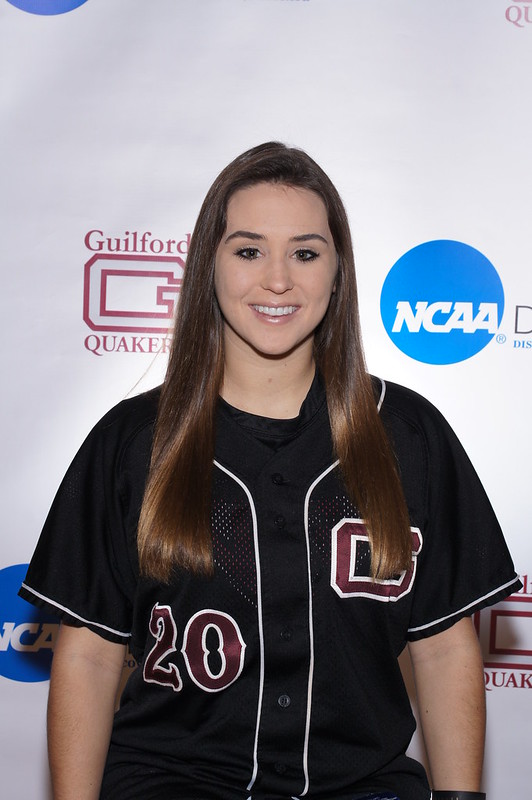 Barnette returns to the All-ODAC squad after a year’s absence and become Guilford’s initial two-time, first-team all-league softball selection. She hit .314 overall with eight doubles, two homers and 23 runs batted in (RBI), but was a .364 batter in conference games. Barnette added five doubles and cleanly fielded all 63 defensive chances against ODAC teams. She had just two errors on the season for a .985 fielding percentage. Barnette had 11 multiple-hit games and seven games with two or more RBI. The four-year letter winner leaves Guilford ranked fourth in career triples (6), fifth in runs (97) and fifth in fielding percentage (.970). She hit .346 in 139 career contests with 12 homers (sixth-best in school history) and 73 RBI. 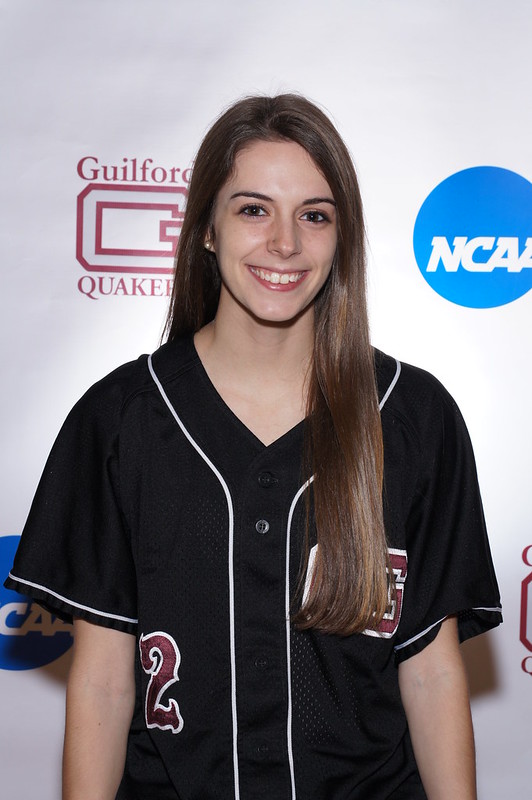 Blankenship, a freshman centerfielder, leads the ODAC and ranks 42nd nationally with a .466 batting average, the third-highest batting average in school history, in 37 games (28 starts). The rookie hit a league-best .474 in 19 ODAC games with a .508 on-base percentage and 10 stolen bases in 10 attempts. Blankenship’s .505 on-base percentage in all games ranks fourth in the league and fifth in school history. Her 14 stolen bases in 16 attempts in all games also ranked among the ODAC’s best and fifth-best all-time at Guilford. Blankenship’s 38 runs scored stood second on the team to Carver and rank seventh in school history. She had two or more hits in 12 different games, including four-hit showings in Quakers’ wins over Sweet Briar College April 22 and Westminster (Mo.) College March 19. Blankenship posted an 11-game hitting streak, Guilford’s third-longest of the year. 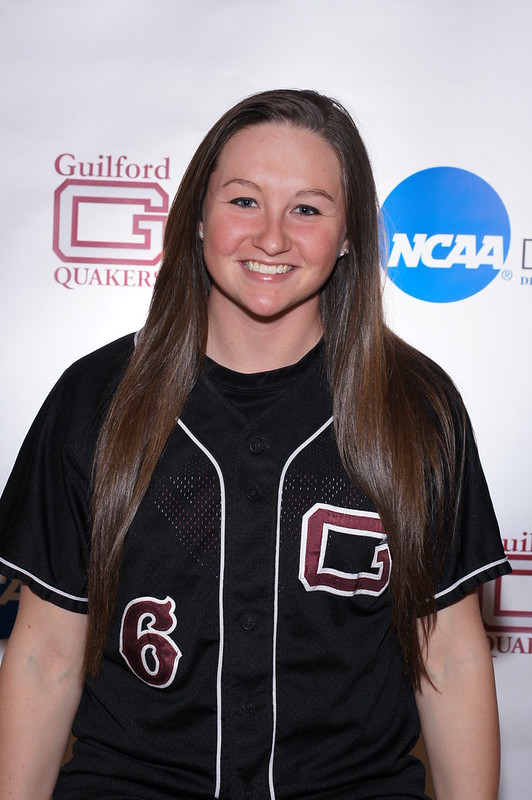 After collecting 2016 second-team All-ODAC honors as a designated player, Carver earned first-team laurels for her play as Guilford’s starting leftfielder. She hit .444 in 42 overall contests with 53 runs scored, four homers, a league-best 18 doubles and 36 RBI. Her 67 hits top the conference and rank second in school history. Carver also ranks among the top-five ODAC leaders in at-bats (151), runs, RBI, total bases (97), batting average and on-base percentage (.500). She converted on 12-of-14 stolen-base attempts and ranks third all-time at Guilford with 36 career thefts. Carver stands seventh in NCAA Division III through games of April 27 with 61 hits and her 0.38 doubles per game ranks 22nd. She was a .400 hitter with 24 runs scored, two homers, five doubles and 16 RBI in 20 league contests. Carver led the Quakers with 21 multiple-hit games, including three contests with four or more hits. 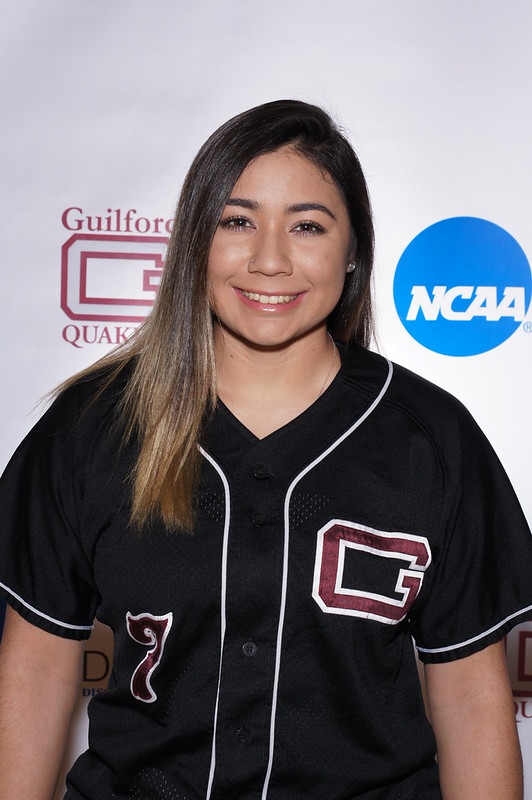 Moreno moved from left field to right field this season and found the switch very much to her liking. The sophomore feasted on ODAC pitching to the tune of a .457 batting average with four doubles, two triples, two homers, 25 RBI and 32 hits. In 42 overall games, Moreno ranked fourth on the team and 12th in the league with a .410 batting average. She is fourth in the league in hits (59) and RBI (38), fifth in triples (2) and total bases (87) and fifth in doubles (12). Moreno had a 15-game hitting streak, Guilford’s longest of the year, and also reached base safely in a club-best 23 straight games. She had 15 contests with at last two hits, including a five-hit showing versus Sweet Briar. Her 10 multiple-RBI games led the team and helped her to the fifth-highest season RBI total (39) in school history. 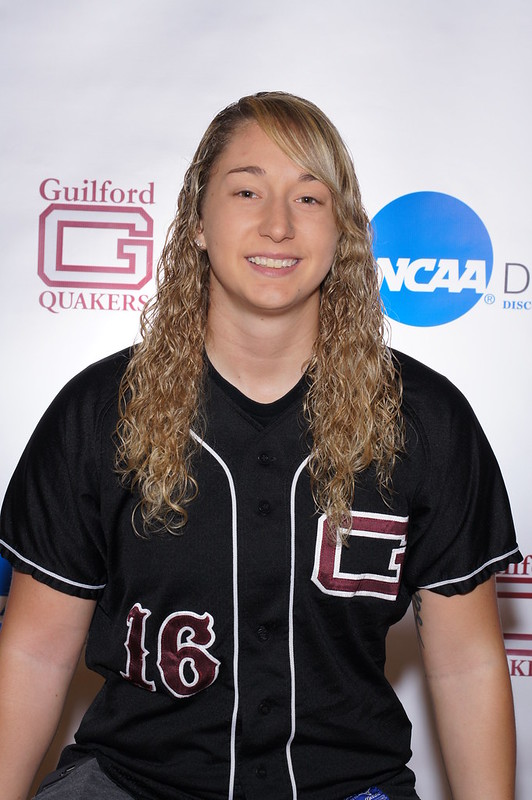 Helms earned her first all-league commendation after hitting .426 with six doubles and 15 RBI in 20 games as a designated player. The senior closed her career with a personal-best .414 batting average in 41 games with 35 starts, which stands 10th in the conference. She also had nine doubles, ninth-best in the ODAC, and a career-high 28 RBI. Helms enjoyed 13 tilts with two or more hits, third-best on the team, and a 12-game hitting streak, second only to Moreno’s. She leaves with Guilford’s sixth-highest career batting average (.382) and ranked fifth in career on-base percentage (.438).

The all-stars helped coach Dennis Shores’ Quakers to the most successful season in school history. Guilford won a school-record 30 games and went 14-6 in the league, also a school standard. The wins records are two of 29 Guilford records set in 2017. The Quakers were ranked in the first NCAA Division III Atlantic Region Poll and await word on a possible at-large selection to the national tournament when bids are announced May 8. Shores could return as many as 20 letterwinners, including eight starters.