COLLEGE PARK, Md. — After an early deficit, the High Point University women’s lacrosse team stormed back to defeat No. 18 Towson, 21-15, in the first round of the NCAA Tournament Friday (May 12) at the Field Hockey and Lacrosse Complex in College Park, Md. 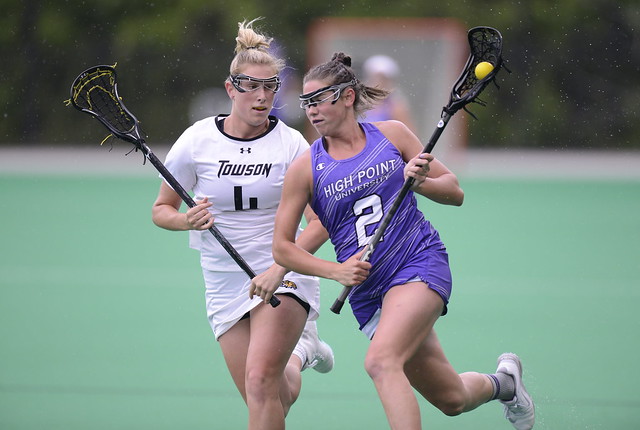 The Panthers (16-3), winners of a school-record 16 games in a row, will face No. 1 Maryland on Sunday at noon in College Park, Md. It will be a battle of the nation’s two-longest active winning streaks, as Maryland has won 19 in a row.

“I’m just really happy for this team right now,” HPU head coach Lyndsey Boswell said. “We’ve prepared all year for this and I couldn’t be more proud of the leadership we showed today.” 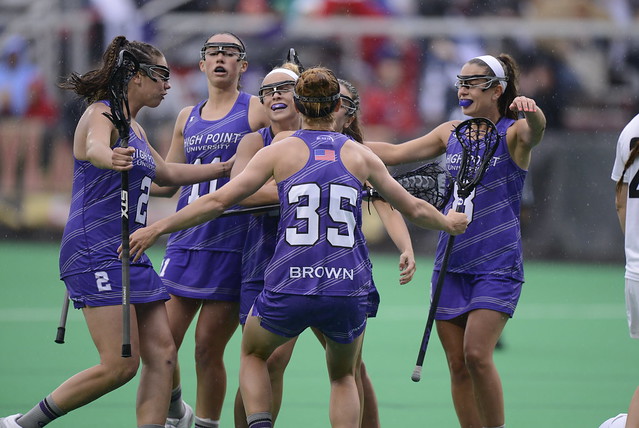 It is the first NCAA Tournament win in any sport for High Point and also HPU’s first women’s lacrosse win over a nationally-ranked opponent.

“It’s important for us to represent High Point every day in a positive light,” Boswell said. “Lacrosse helps put us on a national stage to be able to promote our university and our athletic department. It means the world to me and I’m just really happy for the girls today.”

Towson jumped out to a 5-2 run with 12:42 left in the first half before the Panthers scored 10 goals in a row over the next 20 minutes. The Tigers came back with seven of the next eight goals to cut the lead to 14-12, but High Point scored the next five to push the lead back to seven at 19-12 with 10:17 left.

The 36 combined goals between the two teams are the most combined goals in a single game in NCAA Women’s Lacrosse Tournament history. The previous record was 33 in a 17-16 Syracuse win over North Carolina in 2012. 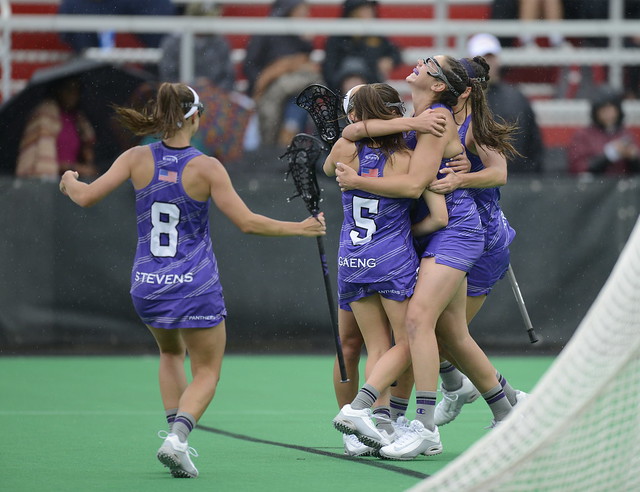 Brown now has 87 points and 61 goals on the season, both of which are High Point single-season records. Poulin has 54 goals, the second-most in a single HPU season.

Jill Rall saved five goals to earn her 15th win on the season, which matches the single-season HPU record.