GREENSBORO, N.C. – Five local students recently completed the track and field season at Guilford College. The group made significant contributions to the Quakers in both the indoor and outdoor seasons. 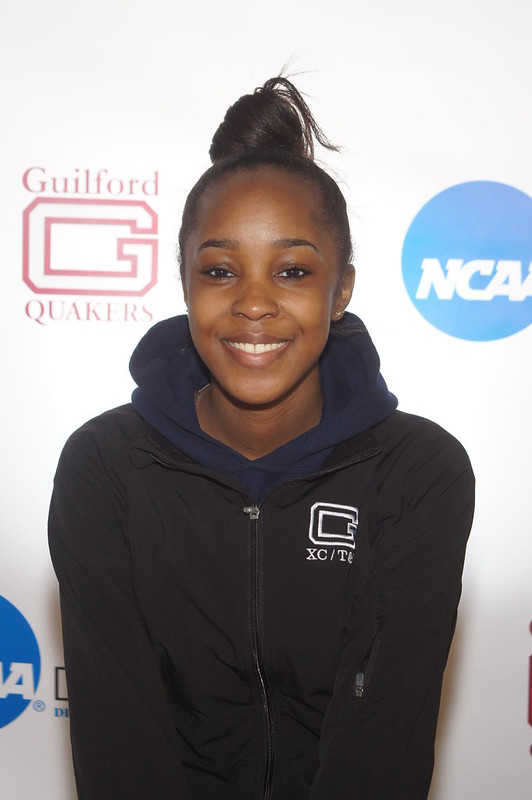 Junior Jamie McCreary (Greensboro, N.C./Grimsley), a three-year letter winner, specialized in sprints and competed in three indoor meets. Her best 200-meter dash (29.64 seconds) was at the UCS Invitational February 18. The time marked the Quakers’ second-fastest time of the season and third-best in school history. McCreary’s other 200 times included a 30.76 at the Vince Brown Invitational and a 30.95 at the Wake Forest Invitational.

During the outdoor season, McCreary competed in the 400 at the Dr. Jack Toms Open at Lynchburg College March 25. She finished with a time of 1:09.70, Guilford’s sixth-fastest of the year. McCreary also ran with on Guilford’s 4×400-meter relay at the Lynchburg meet, as well as at the Old Dominion Athletic Conference (ODAC) Outdoor Championships. The Quakers posted the third-fastest 4×400 time in school history (4:27.97) at the ODAC Championships. McCreary also ran a leg on Guilford’s 4×100 team, which set the school record (51.93 seconds) at the ODAC Championships. 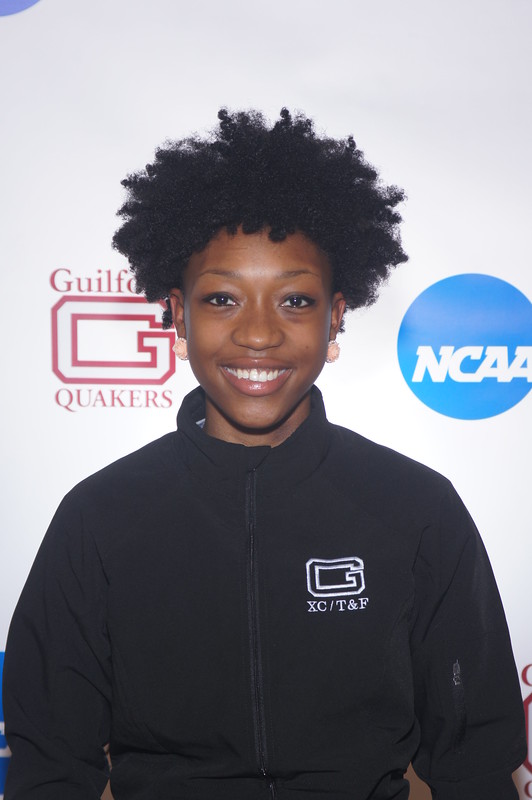 Junior A’lexus Newkirk (McLeansville, N.C./Eastern Guilford), another three-year veteran, specialized in sprints and competed in four indoor meets. She ran the Quakers’ fastest 200-meter dash (29.38 seconds) at the UCS Invitational February 18. The mark is second-fastest in school history. Newkirk ran a season-best 8.76 seconds in the 60-meter dash at the UCS Invitational and the Vince Brown Invitational. The mark was Guilford’s fourth-fastest of the year and is sixth-best in school history. She placed 14th at the ODAC Championships in the 60 (8.79) and 16th in the 200m (29.86), her best finishes of the season.

In the outdoor season, Newkirk continued to build on her marks. She posted her career-best time in the 200 (28.22) at the ODAC Championships April 21 at Washington and Lee University. The time was good for third-best on the team this season. She had her best finish in the 100 (13.72) at the Southside Power & Fitness Invitational at Lenoir-Rhyne University March 18. 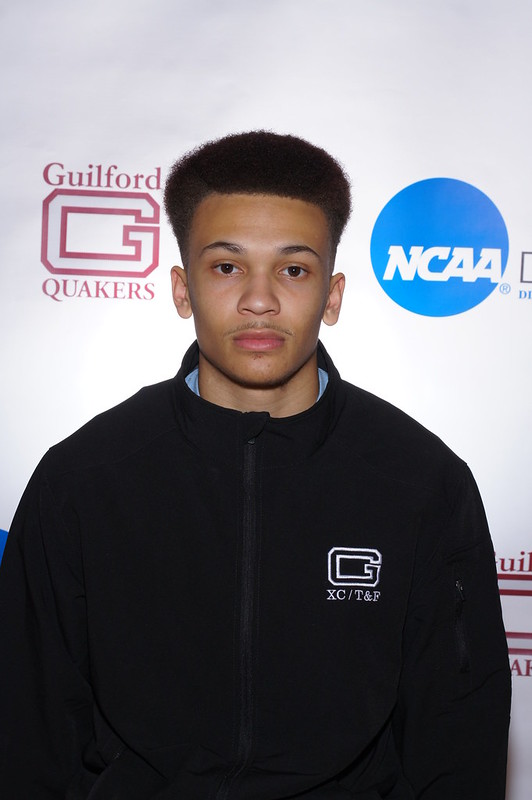 Freshman Jeremiah Hedrick (Sedalia, N.C./Southern Guilford), who also plays football at Guilford, specialized in sprints and jumps. The rookie competed in three indoor meets this winter. His team-leading 12.56-meter triple jump at the UCS Invitational placed seventh in the field and was 10th-best in the ODAC. It stands eighth in school history. His season-best 200-meter dash time (25.47 seconds) came at the Wake Forest Invitational, and was the Quakers’ ninth-fastest time this year. Hedrick’s season-best 400 mark (56.91) came at the Finn Pincus Invitational, and was sixth-best on the team. He had a leap of 6.11 meters in the long jump at the UCS Invitational, which was the Quakers’ third-longest mark of the season.

During the spring’s outdoor season, Hedrick competed in the 200, long and triple jump. He ran a 23.70 in the 200 at Dr. Jack M. Toms Open March 25, which was the Quakers’ second-best time of the year. He had his best long jump (6.49m) at the Aggie Invitational, which was also Guilford’s second-best effort this season. The leap ranks ninth among ODAC leaders. Hedrick finished ninth in the high jump at the ODAC Championships (6.26 meters). He had a 12.84 wind-aided triple jump May 14 at the Aggie Last Chance Meet, which was the Quakers’ longest of the year and seventh-best in the conference. His 12.68–meter triple jump stands seventh best in the league. He had each of Guilford’s four top triple jumps. 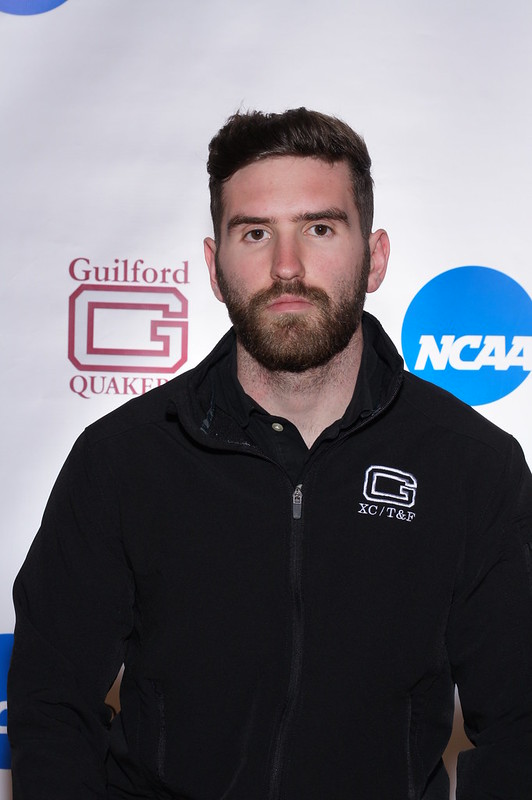 Senior Nick Jones (Summerfield, N.C./Northern Guilford (Randolph-Macon)) wrapped up his second season with the track and field team. He sprinted for the Quakers, running the 100- and 200-meter dash in three meets for the Quakers. His best 100 finish (11.89 seconds) came at the ODAC Championships April 21, a mark good for eighth on the team this season. He had his best 200 finish (24.16) at the Aggie Invitational April 15, seventh-best on the team.

Jones will graduate this month as a double major in political science and criminal justice. He lettered twice with the track and field team and once in cross country. An accomplished student, he twice earned a spot on the Guilford Student-Athlete Honor Roll. 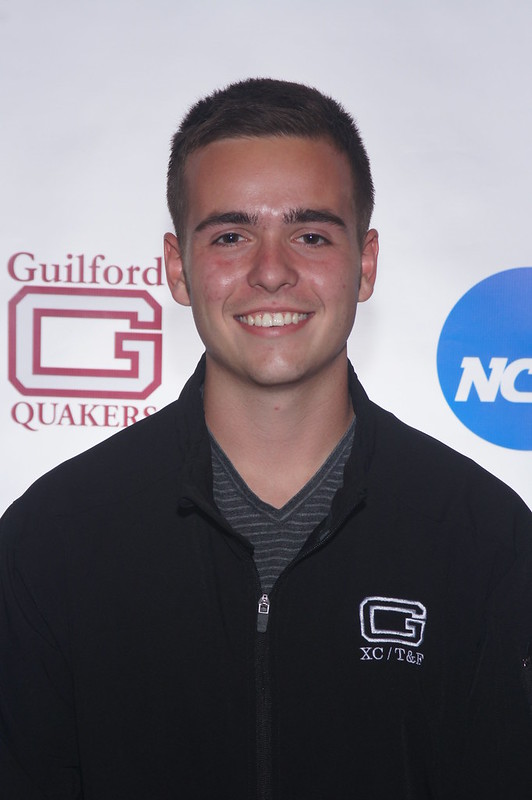 Senior Quinton Simones (Greensboro, N.C./Home school) completed his fourth and final season as a Quaker. He specialized in distance events, and competed in five indoor meets this winter. His season-best time in the mile (5:12.76) came at the UCS Invitational and ranked fifth on the team for the year. Simones’ top time in the 3,000 meters (10:36.25) was at the Vince Brown invitational, and also fifth-fastest on the team. He ran a season-best in the 5,000 (18:43.58) at the Finn Pincus invitational, good for third on the team.

Continuing on into the spring outdoor season, Simones ran in all five of the Quakers’ meets. Guilford’s lone steeplechase competitor, he placed sixth in the Southside Power & Fitness Invitational with a mark of 12:25.06. He had a season-best 800 time of 2:18.95 at the ODAC Championships, which placed 21st in the meet and fifth on the team.

Simones was a four-year letter winner in track and cross country. He leaves Guilford with the second-fastest indoor 1,000 time (3:12.69), which he ran in 2013. An accomplished student, he is a two-time Academic All-ODAC Team member and five-time selection to Guilford’s Student-Athlete Honor Roll. The three-time dean’s list student will graduate with a degree in forensic accounting and computer science.

Guilford’s women placed ninth at both the indoor and outdoor ODAC Championships. Coach Jamie McNeair-Reese may return as many as nine letter winners next season, including McCreary and Newkirk.

Coach Danny Cash’s men’s team also recorded ninth-place results at the two league championships. As many as nine letter winners could return for the 2017-18 campaign, including Hedrick.