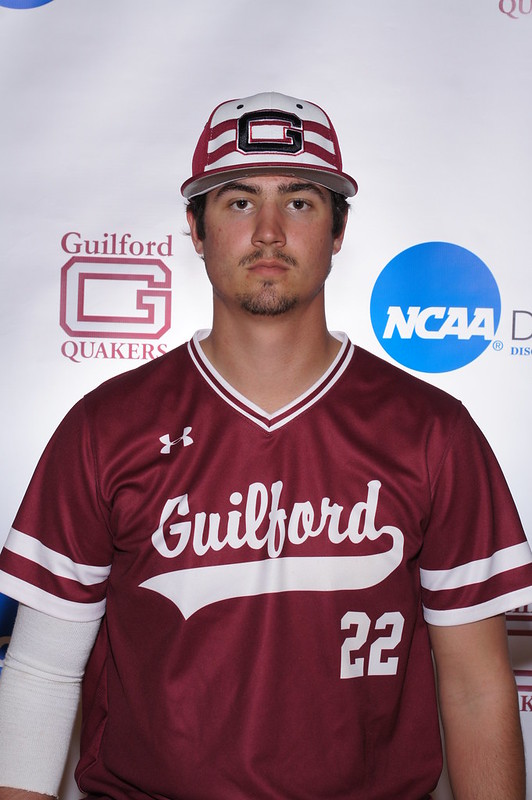 Denton, a 6-1, 190-pound second baseman, also earned Second Team All-South honors from D3baseball.com this week and was named to the First Team All-Old Dominion Athletic Conference (ODAC) squad last month. In 39 games, he ranked second on the team with a .366 batting average and led Guilford with a school-record 20 doubles, the sixth-highest total in NCAA Division III through games of May 22. His 0.51 doubles per game stands fifth in the nation. Denton also had three homers and 50 RBI, which ranks second in the league, 30th Division III and fifth in school history. He is 16th in the country with 1.28 runs batted in per game. Denton set another Guilford standard with seven sacrifice flies, 11th-most in Division III. He also appeared in 11 games as a pitcher where he posted a 2-2 mark with a club-best three saves and a 5.79 earned run average in 18.2 innings.

Denton led Guilford with 20 multiple-hit games and had a club-high 15 contests with two or more RBI. He led the team with a 13-game hitting streak this season and reached base in each of his last 20 games, the Quakers’ second-longest streak of the year. Denton went four-for-five with four RBI and school-record-tying three doubles in a March 5 win over Lynchburg College. He had two doubles among four hits versus Washington and Lee University April 15.