KANSAS CITY, Mo. – Guilford College’s Zachary Houston ’17 (Hickory, N.C./St. Stephen’s) earned a spot on the National Association of Basketball Coaches’ (NABC) 2016-17 Honors Court Tuesday. Houston is the seventh Quaker so honored in the program’s 11-year history and the first since 2015. Honorees are varsity players who are juniors or seniors academically and maintain at least a 3.2-grade point average. 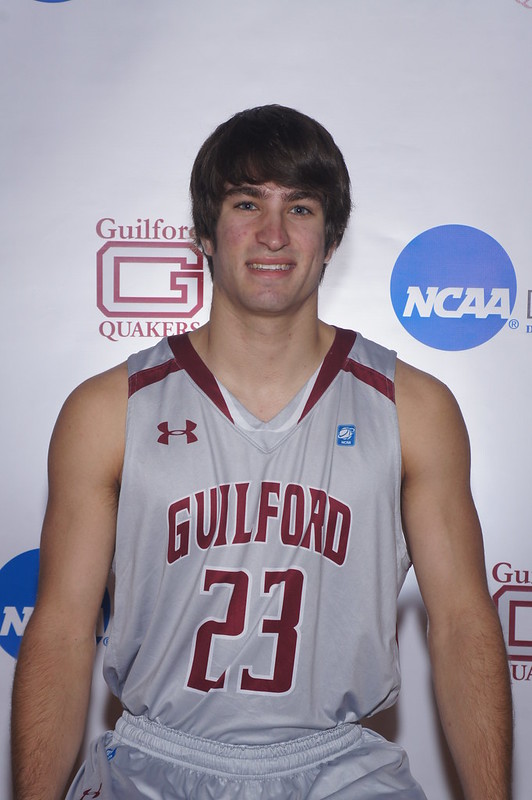 Houston completed his fourth and final year with the Quakers in March. A two-time Third-Team All-Old Dominion Athletic Conference (ODAC) selection, Houston captained coach Tom Palombo’s team three seasons from his guard post and appeared in each of the Quakers’ 109 games in his career (with 82 starts). The league’s sports information directors tabbed Houston for the Virginia Farm Bureau Insurance/ODAC Men’s Basketball Scholar-Athlete Award in each of the last two seasons, a first in Guilford history. He also made the College Sports Information Directors of America Academic All-District V team in 2016 and 2017. An eight-time dean’s list student, Houston helped Guilford win the 2016-17 regular-season and tournament titles. He graduated with high honors in May as a double major in health sciences and exercise and sport sciences.

Palombo’s Quakers finished 24-6 overall and 13-3 in the conference. After winning the league’s regular-season crown and the ODAC Tournament title, Guilford advanced to the NCAA Division III playoffs for the fifth time in school history. The Quakers won their first-round game, 74-54, over Thomas More College, before being knocked out in the second round by seventh-ranked Marietta University. Palombo expects as many as 14 letter winners back next fall