ELON, N.C. – Mike Ward has been named Elon University’s new Deputy Director of Athletics, Director of Athletics Dave Blank announced on Monday, Sept. 18. Ward brings over 15 years of experience as a college athletics administrator to Elon, having most recently served as the Senior Associate AD for Sport Programs and Administration at the University of Tennessee. 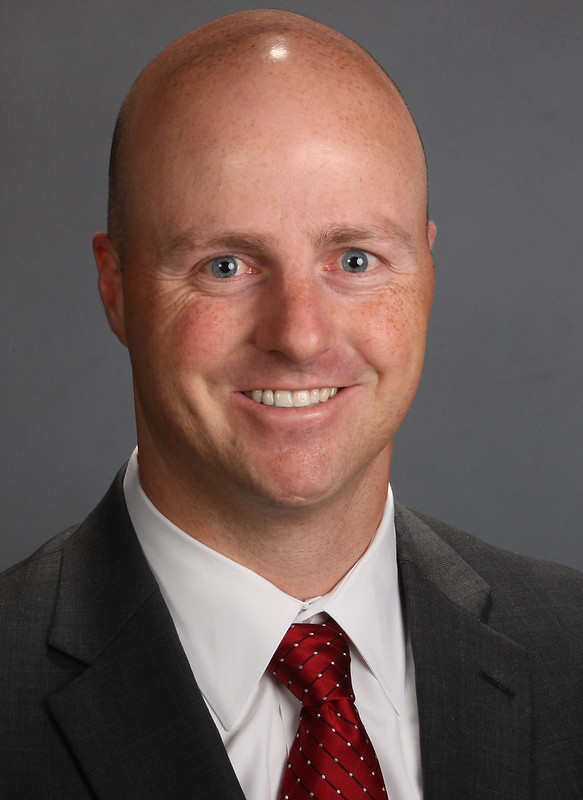 “We are excited to welcome Mike, Beth, Xander and Avalyn to the Elon family,” said Blank. “He brings broad and successful experience across a wide array of areas to Elon Athletics and is a talented, results-oriented administrator. Mike shares Elon’s commitment of creating a well-rounded experience for our student-athletes and I am confident he will have a positive impact across our entire department.”

“I’d like to thank Dave Blank for the opportunity to serve Elon University, our student-athletes, coaches and staff,” said Ward. “Our values are clearly aligned. The most rewarding part of anyone’s career is time spent working on a high performing team, and I’m excited to join this one as we drive innovation and success for the benefit of our student-athletes and University.”

Most recently, Ward served as a member of the Athletics Department Executive Staff at Tennessee for the last six years, developing and implementing strategic initiatives and operations across the entire department. As a member of Tennessee’s executive team, Ward was involved in both internal and external operations, revenue generation, fundraising initiatives and enhancements to the student-athlete experience. External initiatives included the launch of the “Campaign for Comprehensive Excellence,” which raised more than $160 million over three years to impact the student-athlete experience, facilities construction in every sport at Tennessee, a rebranding initiative and the creation of the “One Tennessee” campaign, and Tennessee’s department-wide transition to Nike. Tennessee saw budget and revenue growth of 33 percent during Ward’s tenure, as well.

Prior to his time at Tennessee, Ward was the Associate Athletics Director for Compliance and Administration at the University of Alabama for just under four years. Ward served as a key member of the department’s executive staff, developing and implementing operating principles and procedures in all areas. Additionally, Ward served as an advisor to Alabama’s President, General Counsel, Director of Athletics, and Executive Director of Athletics regarding compliance, risk management and other athletics projects as assigned. Ward was key in restructuring Alabama’s compliance department to better serve the needs of a modern, large athletic department. In this restructuring, Ward reconstituted compliance procedures, assessed and adjusted staff, and built redundancies in key areas of monitoring and program administration.

Before his stint at Alabama, Ward was the Director of Compliance at the University of Oklahoma for a year. Ward served as a member of the institution’s compliance office, with reporting lines through the Office of the General Counsel and the Athletics Department. His day-to-day duties included risk management and compliance monitoring for the Sooner’s athletic department.

Ward also spent time in Indianapolis, Ind., at the NCAA headquarters as the Assistant Director of Enforcement for nearly four years. In his role with the NCAA, Ward conducted investigations of alleged major Infractions across all three divisions of the NCAA membership. Investigations included the development of leads and incoming information, creating investigative plans, and conducting interviews to test the veracity of information reported. In this role, Ward traveled extensively to complete investigations, working on college campuses across the country.

Before his time with the NCAA, Ward was a legal associate with Smith and Carson, an international legal services and corporate intelligence and litigation firm in Dallas, Texas.