GREENSBORO, N.C. – Guilford College junior DaeQuan Fitzgerald (Winston-Salem, N.C./Mount Tabor) has been selected to attend the 2018 NCAA Division III Immersion Program, which will be held in conjunction with the NCAA Convention January 17-20 in Indianapolis, Indiana. A defensive back on the Quakers’ football team, he was one of 40 Division III ethnic minority students from across the nation selected. 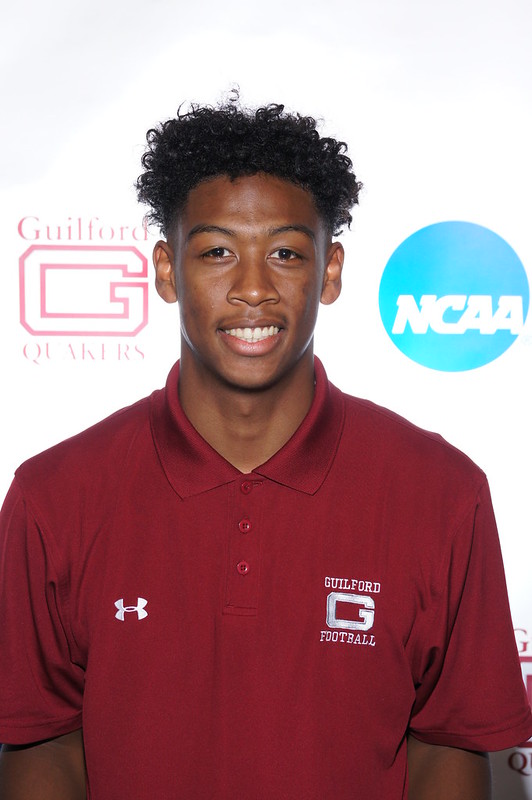 A sport management major, Fitzgerald has played three seasons with the Quakers’ football team, including the school record-setting 2015 team that went 9-1. He serves as sports editor of The Guilfordian, the school newspaper, and works as an editorial assistant in the Greensboro News & Record’s sports department. A three-time member of Guilford’s Student-Athlete Honor Roll, Fitzgerald is a two-year assistant in Guilford’s Sports Information Office.

“This is an incredible opportunity for me that I thank the NCAA for providing. I’m excited to make new connections and learn valuable tools I will use in a future career,” Fitzgerald said. “I also want to thank (interim athletic director) Nelson Bobb and (assistant athletic director) Dave Walters for their help throughout the application process.”

As part of the all-expenses-paid experience, Fitzgerald will learn about the NCAA’s largest division, its membership and governance process. He will meet with leaders, mentors, and fellow peer students with a vocational interest in college athletics. Fitzgerald will join Bobb and Guilford’s associate academic dean Barbara Lawrence at the convention.

The program was started in 2015 by recommendation of the Division III Diversity and Inclusion Working Group, the Division III governance staff, and the NCAA Office of Inclusion. In addition to attending the convention, students will receive DISC behavior assessment training and attend welcome and debrief meetings. The program’s goal is to create a pipeline of talented ethnic minority candidates with an interest in Division III coaching and administration.