The Cardinal Award is named for the state bird of North Carolina and presented at the discretion of the commissioner to a person who, in the course of their work at the state level, has supported the mission of both education and education-based athletics. These honorees exhibit visionary leadership that supports and enriches the state’s educational institutions as well as the organizations that support them.

NCHSAA Commissioner Que Tucker noted, “The NCHSAA is always seeking ways to honor those who uphold the value of education-based athletics and this organization through their efforts. The creation of the Cardinal Award to recognize those at the state level supporting the NCHSAA through their day-to-day efforts in their respective fields. Senator Rabon and Representative Lewis have each worked diligently during their time in the General Assembly to bolster education, including education-based athletics, across this state. We are very pleased to be able to recognize their contribution to our state with the Cardinal Award.” 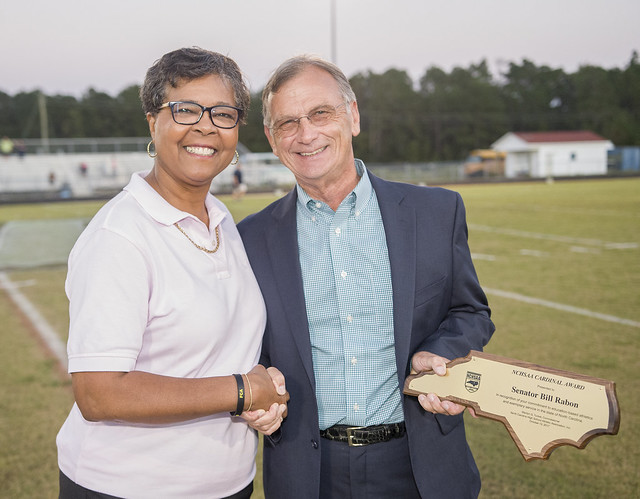 Dr. William ‘Bill’ Rabon is a member of the North Carolina State Senate, representing District 8. He was first elected to the chamber in 2010. He is the Chairman of the Rules and Operations of the Senate. He was presented his award at a South Brunswick High home football game.

Dr. Rabon grew up in Fair Bluff and graduated from West Columbus High School in 1969 where he was Student Body President, an Eagle Scout, and received the American Farmer Degree; The highest honor bestowed by Future Farmers of America. After attending NC State University, he received his Doctor of Veterinary Medicine (DVM) from the University of Georgia in 1976. 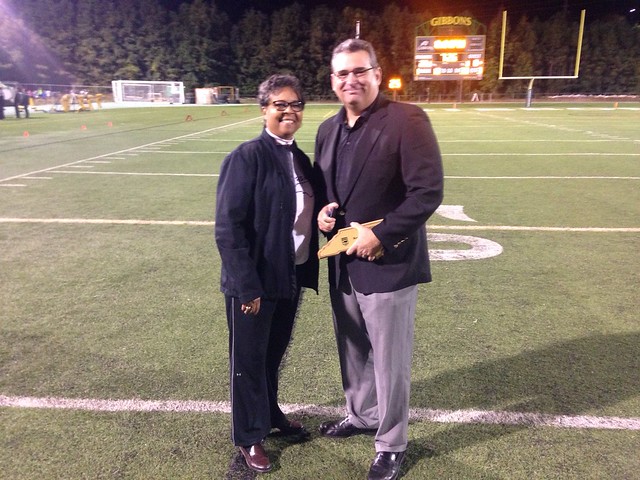 Representative David Lewis is a member of the North Carolina State House of Representatives representing District 53 in Harnett County. He was presented with his award prior to a home football game at Cardinal Gibbons High School.

Representative Lewis graduated from Cape Fear High School in 1989. While there he participated in athletics as a member of both the basketball and the track and field teams. He graduated from Campbell University in 1993 and started work on his Family’s farm.

Representative Lewis has also been a successful small business owner. In 2003, he began serving in the North Carolina House of Representatives. He has been a member of the House continuously since 2003 and is the current Chairman of the Rules, Calendar, and Operations of the House Committee.