WACO, Tex. – Guilford College’s De’Eric Bell was named to the 2017 NCAA Division III Coaches’ All-America Team announced by the American Football Coaches Association (AFCA) Tuesday. Bell was a first-team honoree as an all-purpose back. This is Bell’s second All-America honor, as in 2015 he was named a third-team return specialist by D3football.com, which announces its 2017 All-America teams December 15. 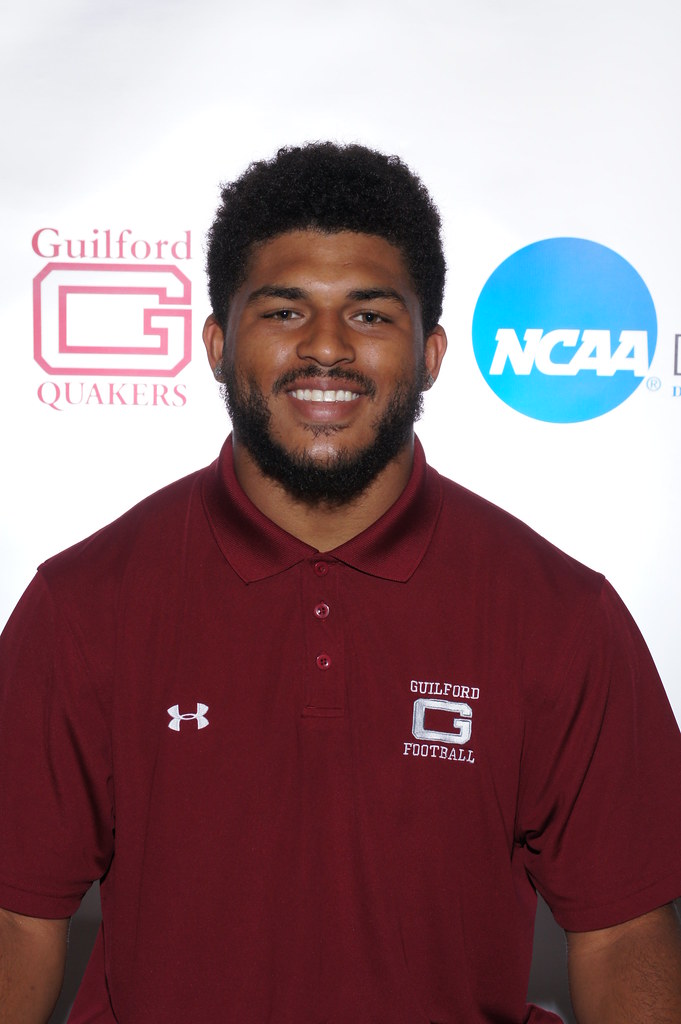 The AFCA has selected an All-America team since 1945 and currently picks teams in all five of its divisions. These teams are unique as they are the only ones chosen exclusively by coaches themselves. The AFCA’s Division III All-America Selection Committee is made up of three head coaches from each of the AFCA’s eight districts. The coaches in each district rank the top players in their respective districts prior to a conference call between the district chairmen and the committee chairman on which the team is chosen.

Bell, a 5-7, 195-pound redshirt junior, earned D3football.com First Team All-South honors and First Team All-Old Dominion Athletic Conference (ODAC) recognition as an all-purpose back this fall. He set league and school standards for all-purpose yardage in a game (424, vs. Methodist) and career (6,237), kick-return touchdowns in a season (3) and punt returns in a game (11, vs. Methodist). Bell leads NCAA Division III in kick-return touchdowns (3), combined kick-return yardage (1,043), and all-purpose yards (221.10 yards per game). His 424 all-purpose yards against Methodist University September 9 set the school record and are the most by a Division III football student-athlete this year. His 11 punt returns in the game set the Division III record and helped him earn a spot on the Week 2 D3football.com/Scoutware Team of the Week.

A team captain, Bell returned to action this season after tearing his ACL four games into the 2016 campaign. He played in all 10 of the Quakers’ games this season, starting eight, and led the team in rushing for the third time in four years. Bell stands second in the nation through games of December 9 with a league-leading 30.8 yards per kick return, second in Quakers’ history. He also ranks fourth nationally with 831 total kick return yards, also a school standard.

Coach Chris Rusiewicz’s Quakers posted a 5-5 overall record (3-3 ODAC). The Quakers set or tied 19 school records this fall. Guilford won three of its last four games of the season and finished with a .500 record for the fourth time in five years. The Quakers are slated to return as many as 78 letter winners and 11 starters in 2018, including Bell.