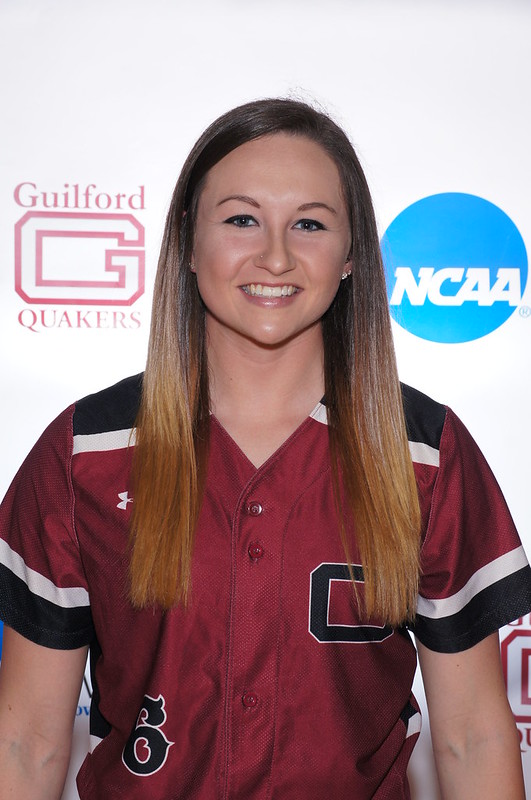 Carver, a 5-9 outfielder and pitcher, enjoyed a torrid week at the plate with 17 hits in 22 at-bats for a .773 batting average. She hit two homers, three doubles and knocked in seven in the six games, five of which were Guilford wins. The leadoff hitter had a .783 on-base percentage and 1.182 slugging percentage for the week with at least two hits in all six games.

Carver was 4-for-4 with a double and two RBI against Mary Baldwin University. She homered and drove in three of Guilford’s four runs in a 4-0 win over Methodist University. Carver had three hits in both games of a doubleheader split with Greensboro College, including a solo homer in the nightcap. She earned a pitching win with six strikeouts in four shutout innings versus Mary Baldwin.

Carver leads the ODAC with a .690 batting average and six stolen bases eight games into the season. She also tops the league in hits (20) and on-base percentage (.710). Carver is third in the conference with four doubles and two home runs. As a pitcher, she is 1-1 with a 3.50 earned run average in eight innings. Her 7.88 strikeouts per seven innings stand fourth in the league.