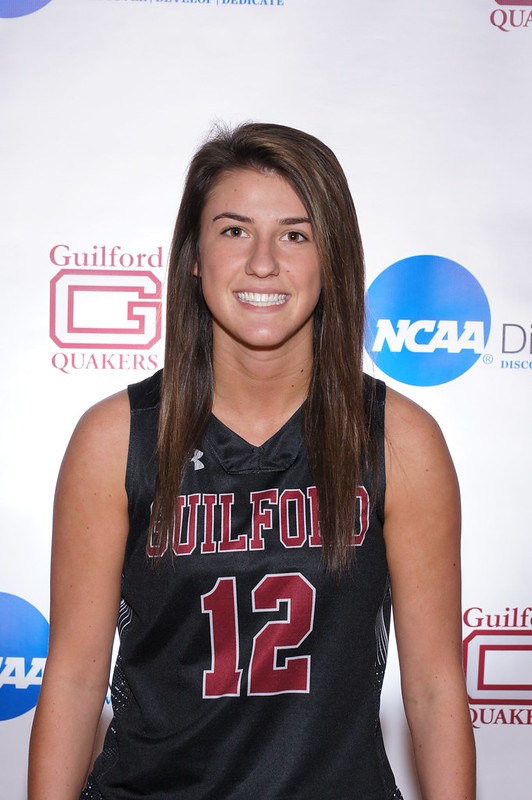 Ramsey, a 5-9 shooting guard, started in all 24 of the Quakers’ matchup this season and earned First Team All-Old Dominion Athletic Conference (ODAC) honors. She stood third in the ODAC in field goals (158), fifth in scoring (16.3 ppg.), and sixth in field-goal percentage (48.6). Ramsey was second in the league with 59 steals and 102 assists. Her 1.5 assist-to-turnover ratio ranked fifth in the ODAC and her 7.2 rebounds per game ranked ninth. She was also second in minutes per game (35.8) and seventh in free-throw percentage (80.5).

Ramsey had seven games this season with 20 or more points and was named to the D3hoops.com Team of the Week for the week ending February 18. She was named to the Daly Seven Tip-Off Classic All-Tournament Team in November. One of her best performances this year came against ODAC champion Randolph-Macon College where she tallied a career-high 27 points, eight assists, and four rebounds as the Quakers won, 98-82.

Ramsey made her mark in Guilford’s record book over the course of her career. She became the sixth women’s basketball player in Guilford history to make three All-ODAC teams in her tenure. Ramsey received third-team recognition in 2016 and 2017. She started in a total of 106 games, tied for first in school history. Ramsey is third all-time at Guilford in minutes played (3207), eighth in total assists (311) and field goals made (489), ninth in blocks (47), and 11th in points (1204).

The Quakers finished the season 17-7 for their ninth consecutive season above .500. Head coach Stephanie Flamini could return up to 14 letter winners for the 2018-19 campaign.