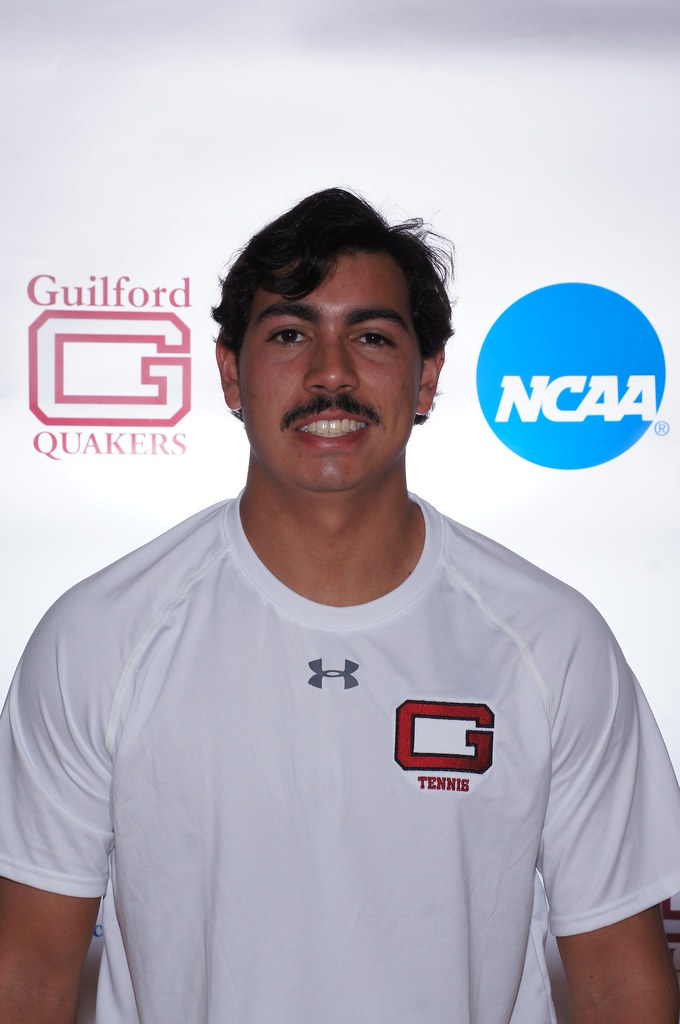 Robb enjoyed a perfect 4-0 week at second singles and second doubles in Guilford’s league wins over visiting Hampden-Sydney College and Emory & Henry College. In the Quakers’ 5-4 triumph over Hampden-Sydney, Robb teamed with Elijah Gregory for an 8-4 win over the Tigers Will Driskill and Clark Cummings for Guilford’s lone doubles’ victory in the match. Robb later tamed Driskill in singles play, 6-2, 6-1. The following day, Robb and Gregory stopped Emory & Henry’s Liam Davidson and Cooper Garrett, 8-2. He later blanked Davidson, 6-0, 6-0, for his third double-bagel win of the season.

Robb, who attended Page High School in Greensboro, sports a 9-6 singles mark this season and is 8-2 in 10 dual matches. He, like the Quakers, is a perfect 5-0 in league play. Robb and Gregory have been Guilford’s top doubles tandem and boast an 11-5 overall mark, 8-2 in dual contests, and also 5-0 versus conference rivals.