Selections were based largely on statistics recorded in conference play. 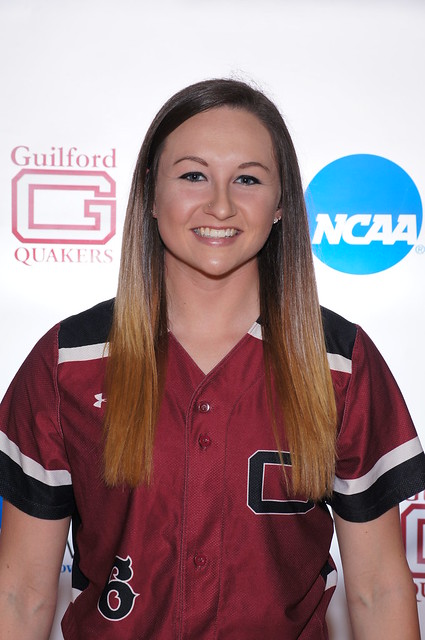 Carver became the Quakers’ fourth three-time all-league selection after batting a league-high .514 overall with six homers, 24 runs batted in (RBI), 13 stolen bases and 35 runs scored. She hit .426 in conference play with 20 hits and three doubles. Carver leads the ODAC in hits (57), on-base percentage (.565), and slugging percentage (.793) through games of April 30. Her career-high six homers rank seventh in the league and her 13 doubles are fourth. Carver had 17 multiple-game hits on the season, including nine with three or more hits, and captured the league’s ODAC Player of the Week Award early in the season. With only three errors in 34 games, she tallied a .955 fielding percentage. 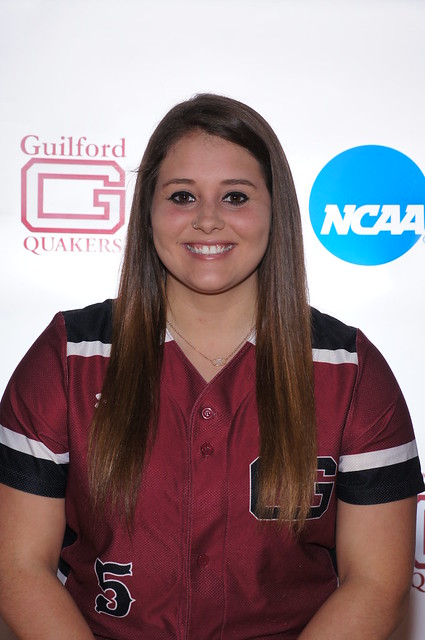 Crawford, a catcher, ranks seventh in the ODAC with a .397 overall batting average and hit .296 in the league. She cranked out a school-record and league-leading 12 home runs this season. Crawford stands second in the league with 54 hits and fourth with 37 RBIs. Her five doubles in conference play also stand fifth in the league. She leads the ODAC with 101 total bases on the year, and her .743 slugging percentage ranks second only to Carver. She only had two errors in 41 games for a .979 fielding percentage and threw out five would-be base-stealers in 19 attempts. Crawford had 15 multiple-hit games this year. 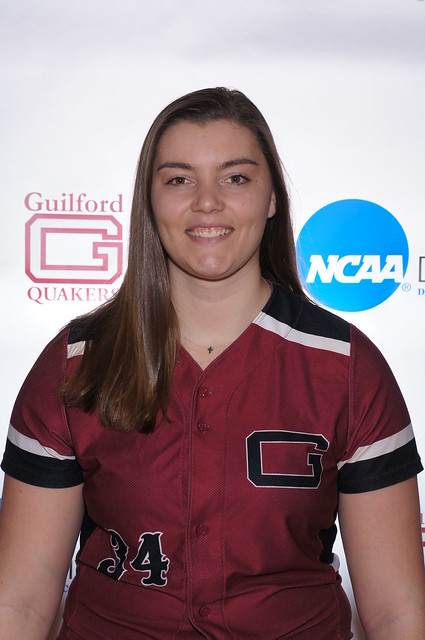 Wolfe, a third baseman, stands 15th in the ODAC with a .362 overall average. In the league, she hit .289 with two doubles and five RBIs. Wolfe ranks fourth in the league with seven homers, seventh with 20 walks and 12th with 28 RBIs. She boasts the ODAC’s seventh-ranked on-base percentage (.460) and slugging percentage (.610). 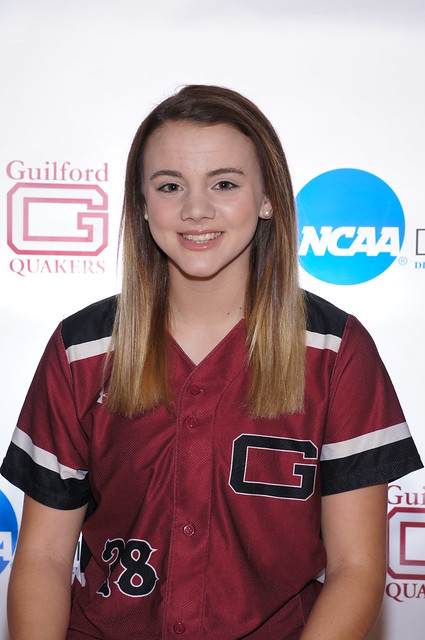 Yale, a second baseman, registered a .316 overall batting average. In conference games, she hit .324 with 11 hits, one home run, three doubles, and four RBIs. On the season, she tallied 25 hits, three home runs, five doubles, and 11 RBIs. She compiled a .365 on-base percentage and .494 slugging percentage. Yale had only four errors in 31 games for a .959 fielding percentage.

Coach Dennis Shores and the Quakers logged an 18-24 overall record and went 5-13 in the conference. After upsetting top-ranked Virginia Wesleyan University in the ODAC Tournament’s opening round, Guilford’s season ended with 4-0 setbacks to Emory & Henry College and Eastern Mennonite University. Shores may return as many as 24 letter winners next year, including Carver, Crawford, Wolfe, and Yale.