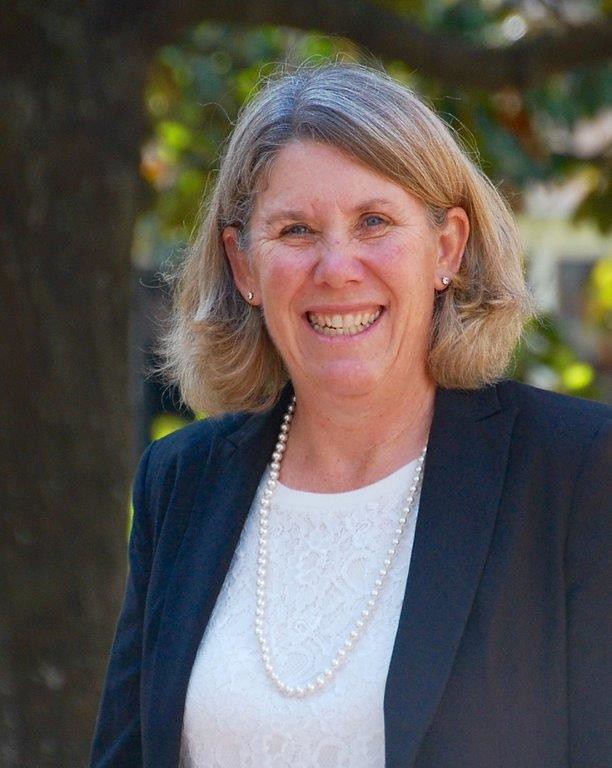 Bower comes to Guilford after two years as athletic director at St. Martin’s Episcopal School in suburban New Orleans. She spent the prior 24 years at NCAA Division I Tulane University, including 10 as an associate or assistant athletic director and 14 as head women’s golf coach. The 1985 Dartmouth College graduate served two and half years as Tulane’s senior woman administrator.

Bower cited the continuity within Guilford’s coaching staff, quality of facilities, and the support of President Fernandes, Vice President Barbara Lawrence and Eilbacher as reasons for accepting the administrative opportunity at the College.

“Sue brings a depth of skill and experience that strengthens Guilford’s athletics department and the whole institution,” Fernandes said. “Her record of service and leadership will inspire our students and coaches. Sue’s passion and vision will chart the course for excellence in athletics, as well as academic success and community outreach.”

Bower instituted many initiatives at St. Martin’s that enhanced the school’s physical education department and athletics program. She created the school’s first athletics fundraising group, revamped the physical education curriculum for middle- and upper-school students, and reinstated middle-school football after a three-year hiatus. Bower, who also coached the boys’ golf team, forged relationships with outside contractors like the Ochsner Medical Center to improve St. Martin’s athletic training and strength and conditioning programs. In 2017-18, 14 of the Saints’ 20 teams qualified for postseason play, including state champions in boys’ and girls’ cross-country.

“I had a unique perspective of St. Martin’s as the mother of a three-sport student-athlete at the school,” Bower said. “I enjoyed seeing improvement, not just in competitive sports, but also in school spirit and the physical education curriculum. I truly enjoyed serving as athletic director and saw the impact I could have not only on individuals but on the institution as a whole. I look forward to making a similar impact at Guilford.”

“Sue’s ability to lead consistently and cooperatively in a positive direction really stood out to the search committee,” Lawrence said. “From her time as Tulane’s golf coach to her tenure at St. Martin’s, she has always worked to improve the experience of student-athletes and coaches. Her drive will undoubtedly benefit Guilford’s athletics department and the greater community.”

After a three-year stint on the Ladies Professional Golf Association’s Futures Tour and three years as an assistant golf professional, Bower took over Tulane’s fledgling women’s golf team in 1992. She inherited a five-woman squad ranked second from the bottom among Division I programs. Bower’s Green Wave grew into regular regional qualifiers and top-25 program highlighted by the 2005 team that finished 15th in the NCAA Championship and 12th in the 2005 Golfweek/Sagarin Women’s College Team Ratings. Tulane reached NCAA regional tournaments in five of Bower’s last six seasons before the program was suspended due university cutbacks forced by Hurricane Katrina. Bower garnered 13 various coach of the year awards, including the 2003 National Golf Coaches Association East Region honor.

The women’s golf team was one of eight suspended by Tulane in the aftermath of Katrina. In 2006, Bower transitioned from coach to Tulane’s assistant athletic director for internal affairs. She played a key role in developing and executing the university’s plan for reinstating eight teams and was the athletics department’s liaison with Tulane’s admissions, housing, and residential life offices. Bower also oversaw community outreach initiatives, chaired the Tulane Athletics Hall of Fame Committee, and directed the Student-Athlete Advisory Committee.

Tulane promoted Bower to associate athletic director for external operations in 2008 and charged her with oversight of the department’s game-day operations, special events, and marketing. She also began serving as executive director of the Devlin S-AFE Center for Leadership Development, which provides leadership training, academic support, and career development for Tulane student-athletes. In 2013 Bower became the Green Wave’s senior woman administrator and served as the department’s liaison for Title IX and Gender Equity. She also took on additional fundraising responsibilities, which yielded significant funding for capital improvements.

A fixture in the New Orleans community, Bower received the 2012 Tulane University Staff Excellence Award as well as the inaugural Tulane Greenbackers Meritorious Service Award in 2011. She served on local boards for First Tee of New Orleans (golf) and A’s and Aces (tennis), sport-based youth-development programs. Bower was also Tulane’s point of contact with the Louisiana Special Olympics.