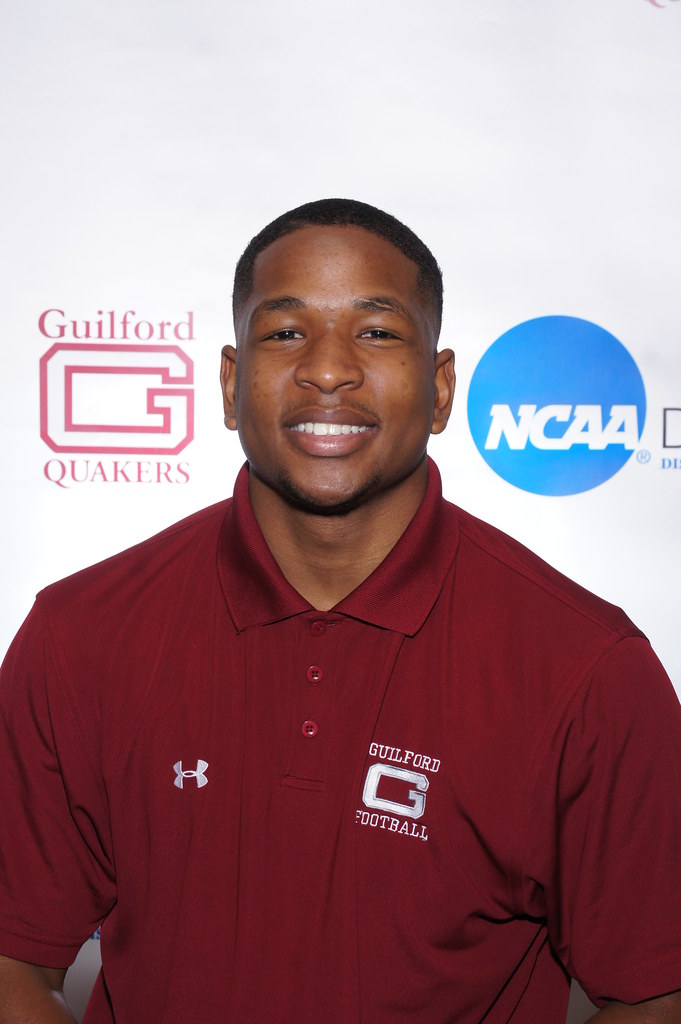 Smith, a 5-9, 200-pound middle linebacker, led Guilford’s best defensive effort of the season in the Quakers’ 40-3 home win over Washington and Lee University Saturday. The team captain made a game-best 14 tackles (8 solo), which matched his career high, and also forced and recovered a fumble. Washington and Lee entered the game ranked fifth in NCAA Division III with 309 rushing yards per game, but Smith and his mates limited the Generals to 163 rushing yards and 183 total offensive yards. Smith had a hand in two of the five turnovers Guilford forced, which led to 13 Quakers’ points. He leveled the third-quarter blow on a Generals’ running back at the Quakers’ two-yard line that led to a fumble ultimately recovered by teammate Trevon Simmons.

Saturday’s effort marked Smith’s team-leading fifth contest with 10 or more tackles. He leads the ODAC with 11.4 tackles per game, 80 total tackles, and 59 solo stops this year. He stands 16th among Division III tackles per game leaders and sixth in solo tackles. His 21 assisted tackles rank third in the league. Smith, who sat out last season due to injury, also made 14 tackles in Guilford’s October 12 ODAC win over Ferrum College.