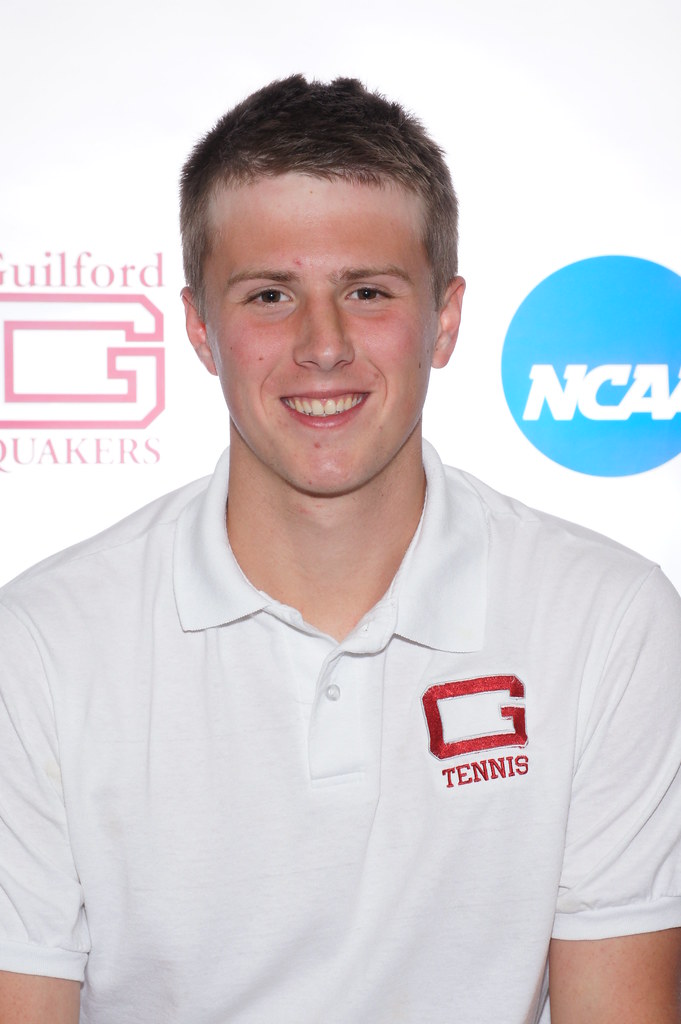 Horne, in his first semester at Guilford, won all eight matches (four singles, four doubles) in the Quakers’ four wins last week. Two of his third-singles wins clinched 5-4 victories over league rivals. He started the week with singles and doubles wins in the Quakers’ 5-4 decision over Randolph-Macon College. His 5-7, 6-1, 6-0 triumph over Alex Hein gave Guilford the league victory. A similar scenario unfolded April 6 when Horn’s 6-2, 4-6, 6-0 triumph over Freddie Roberts lifted the Quakers to a 5-4 win over league-rival Bridgewater College.

Horne’s performance last week raised his overall record to 10-2 in singles play, including a 9-2 mark at third singles. He shares the team lead in overall singles wins with Mason Robb and Elijah Gregory.

Horne and Jay Montague have a 9-3 record at second doubles, which matches the mark of Guilford’s top tandem of Robb and Gregory for first on the team.