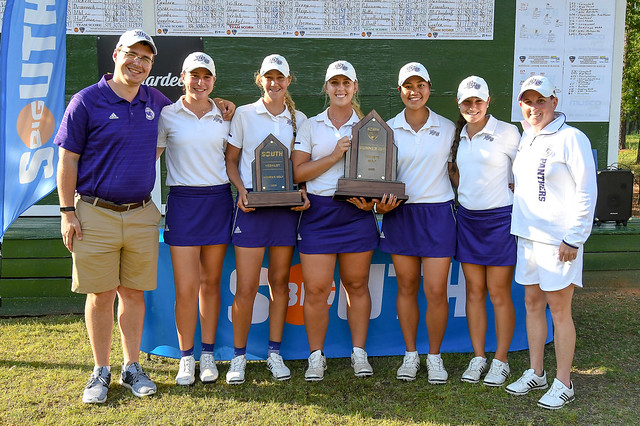 “This was obviously a special week across the board,” HPU head coach Alexis Bennett said. “We ran out of steam coming down the stretch but at the midway point of today’s round, we had the 25th-ranked team in the country down a handful of strokes which is a testament to what I knew this group had in them the whole season. There couldn’t have been a better time to play 54 holes of team golf and I’m just so proud of the way these girls fought for every single stroke.” 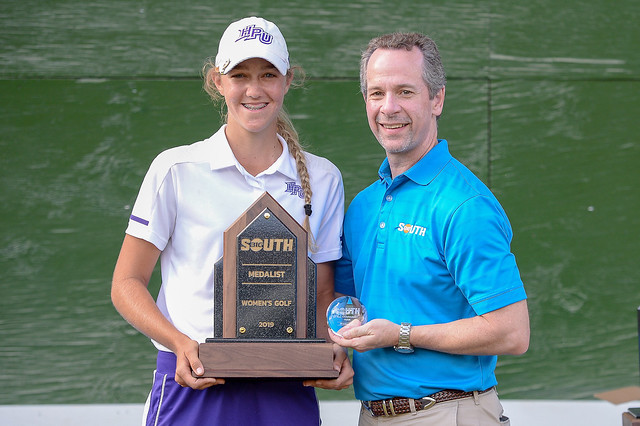 Vodry became the second Panther to earn the Big South Championship medalist honors, joining Ann Marie Dalton in 2008. Vodry had a second-round 3-under 69 and final-round 1-over 73 to finish the tournament at 4-under 212, which is the second-best 54-hole total in school history. Vodry was 5-under 211 at the 2017 conference tournament. The second round was Vodry’s fifth par or better round of the season and the 10th of her career, which is second in school history. Vodry finished three strokes ahead of Campbell’s Stacey White at 1-under 215.

“Having my first collegiate win at the conference championship was such an exciting way to cap off my junior season,” Vodry said. “I put in a lot of work this year and it feels great to finally see that pay off. My team and coach have given me relentless support and motivation throughout the year which helped tremendously.”

“Samantha is one of the most well-rounded players and student-athletes I’ve ever had the privilege of coaching,” Bennett said. “She has worked so hard to break through, nobody deserves this more and I can’t even really put into words how proud of her I am.”

Freshman Sarah Kahn improved every round, shooting 3-over 75 and 2-over 74 in the second and third rounds after a 78 in the first, finishing in a tie for 13th at 227.

Freshman Olivia John was consistent throughout the tournament, recording three 5-over 77’s for a 231 and a 19th-place finish.

Rounding out the traveling squad, sophomore Vasy Montague finished with rounds of 4-over 76 and 83 to conclude the tournament with a 235 in a tie for 23rd.

Vodry had 16 birdies over the weekend to break her own HPU single-season record with 76 birdies. Kahn finished with five birdies for the tournament and also finished ahead of Vodry’s previous record with 72. Vodry had 71 in 2017-18.

“We continue to re-write the record book of HPU Women’s Golf,” Bennett said. “It’s a really exciting time to be a part of this program and I’m just so fortunate to play a small role in its rise within the conference.”