Ragsdale Tiger Senior Cameron Blizard has been honored by the Guilford County Schools System as the recipient of the highly coveted “GCS Athlete of Character” for the month of March. 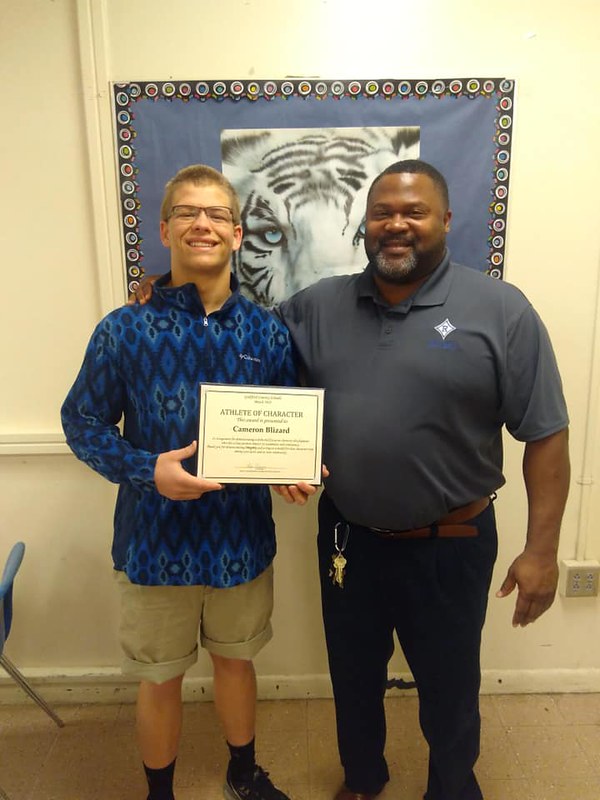 Blizard excels on both the Football gridiron and under the lights as an outstanding Wrestler for the DIAMOND R. In his impressive career for the Tigers, Blizard was a three-time All-Conference performer in Football, as well as a three-time state finalist in the NCHSAA State Wrestling Championships!

An elite student academically, Blizard will be signing with Washington and Lee University, as he will continue his Wrestling career with Generals.

As impressive as Cameron Blizard is athletically and academically, no honor resonates more emphatically than his recent accolade of “Athlete of Character” . The theme of GCS’s March award was “Integrity”; for those of us who have had the privilege to be apart of Cameron’s life, and to observe him for many years, it has been a true honor to be associated with a young man who personifies Character and Integrity every day!

A HUGE Congratulations to Cameron Blizard: a class act, and a fantastic ambassador of the DIAMOND R!