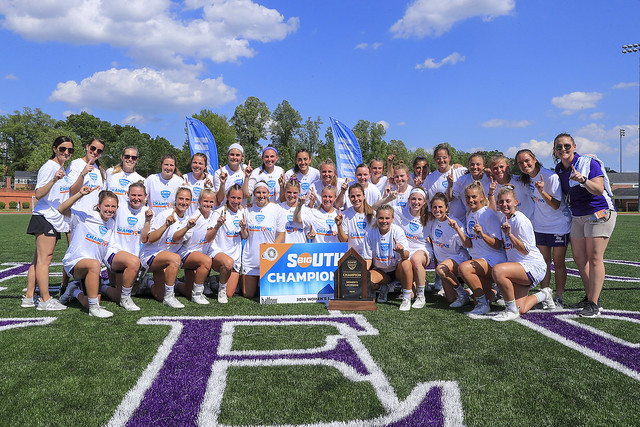 With the win, the Panthers qualify for the NCAA Tournament for the third-straight year and will learn their opponent on May 5.

“It was great; to win three championships in a row at home and be undefeated for the (conference) season, I’m really proud of our leadership and this whole group,” HPU head coach Lyndsey Boswell said. “We are really excited to go back to NCAAs.”

Sophomore Abby Hormes set a Big South Championship final record with 10 points on six goals and four assists. Hormes became the first Panthers and the second Big South student-athlete to record 100 points in a season. Hormes also set a new HPU single-season record with 65 goals. She also recorded five draw controls and has tied the single-season school record with 79, tying Samantha Herman, who had 79 in 2018.

Hormes was named the Big South Tournament MVP and was joined on the All-Tournament Team by Pelling, Chapman and Norris.