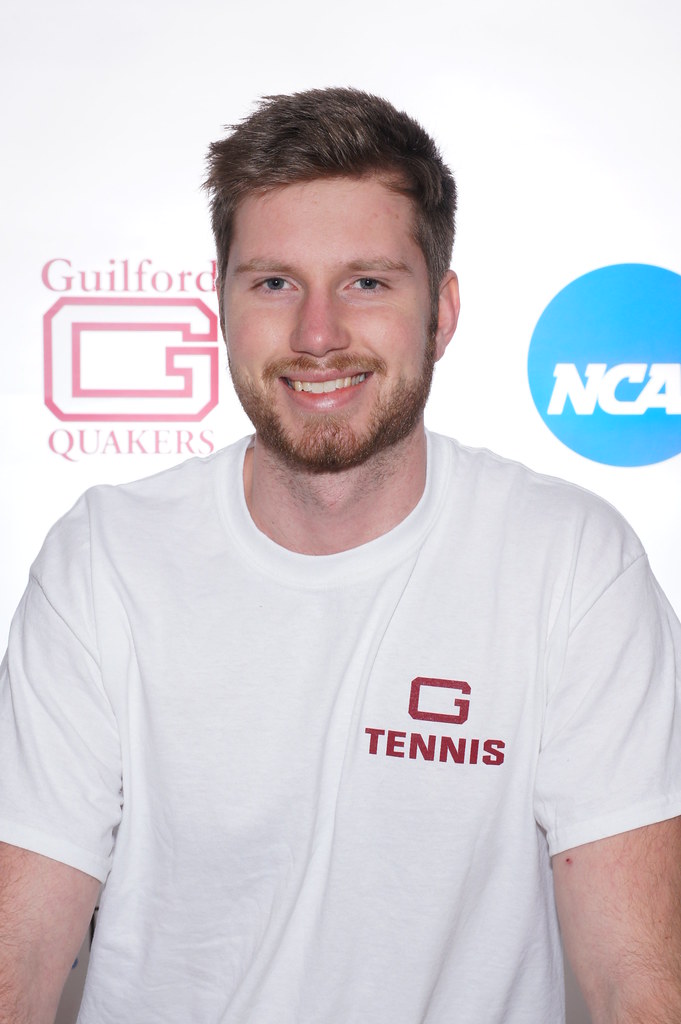 Thompson, who joined the team in January, went 7-9 at fifth singles, 6-5 against Old Dominion Athletic Conference (ODAC) competition. He posted 6-0, 6-0 victories against opponents from league-rivals Shenandoah University and Randolph College.

Thompson paired with Kai Glass to form the Quakers’ third-doubles team, which finished with an 8-9 overall record (5-6 ODAC). The tandem won four straight matches early in the season and picked up an 8-6 win in Guilford’s ODAC Tournament quarterfinal win over Bridgewater College, which helped the team reach the league semifinals for the fifth time in six seasons.

Thompson helped coach Dave McCain’s Quakers to a 10-7 overall record, 8-3 in the ODAC. With no seniors on the rosters, Guilford could return all six letter winners next year, including Thompson.