KANSAS CITY, Mo. – Guilford College alumnus World B. Free ’76 is one of 12 individuals selected for the Small College Basketball Hall of Fame. The induction will take place at the Missouri Theatre in St. Joseph, Missouri on Thursday, October 31. 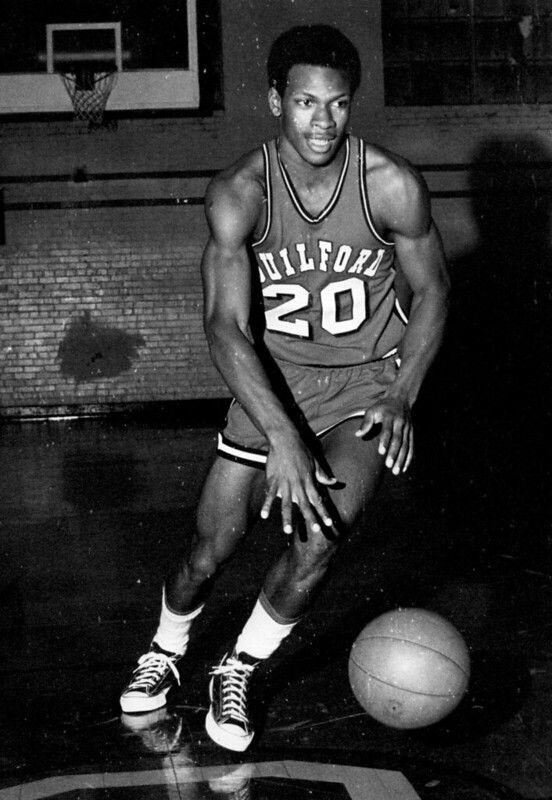 Free is part of the fourth class honorees enshrined in the Hall of Fame and is the second Quaker selected. M.L. Carr ’73 was picked last year.

Known as Lloyd Free while at Guilford, he led the Quakers under head coach Jack Jensen to the NAIA National Championship and was pegged the Tournament MVP in 1973. Free led all scorers in the tournament with 120 points, including 30 points in the title game. He was the first freshman named MVP and scored 2,006 points over a three-year collegiate career (85 games) for a career average of 23.6 points per game. Free was two-time NAIA All American and is enshrined in the Guilford and NAIA Halls of Fame. He was also a member of the NAIA’s 50th and 75thAnniversary Teams. 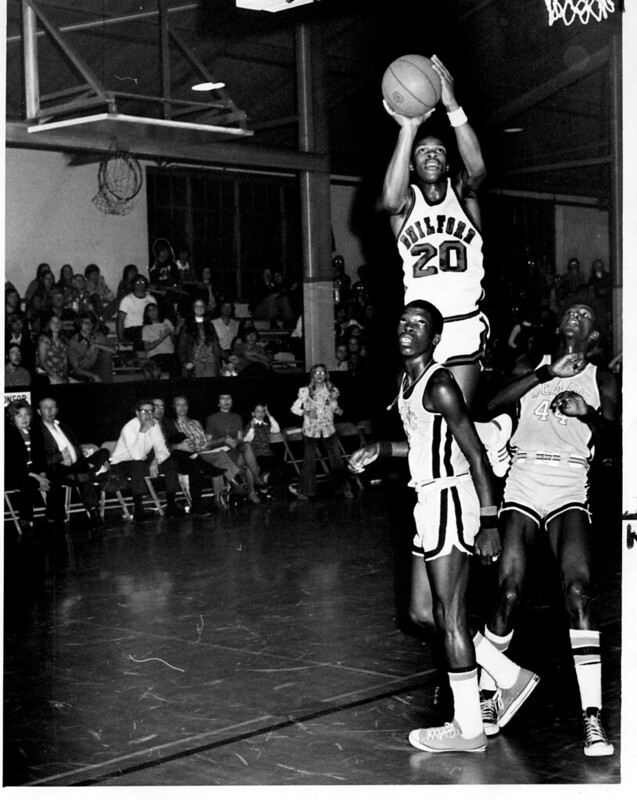 Free declared hardship for the 1975 NBA Draft and was picked in the second round by the NBA’s Philadelphia 76ers with the 22nd selection. He enjoyed a 13-season NBA career, which included stops in San Diego, Golden State, Cleveland, and Houston. He changed his name to World B. Free in the 1981-82 season while a member of the Warriors. Free retired in 1988 as the sixth-leading scorer among NBA guards with 17,995 career points, which ranks 51st overall in NBA history.

Currently, Free is the director of player development and a community ambassador for the Philadelphia 76ers. Free has also led the Sixers’ “Summer Hoops Tour.”

In conjunction with the Hall of Fame induction, the eight-team Small College Basketball (SCB) National Hall of Fame Classic–presented by Hillyard–returns to the St. Joseph, Missouri, Civic Arena November 1-2, 2019.
D