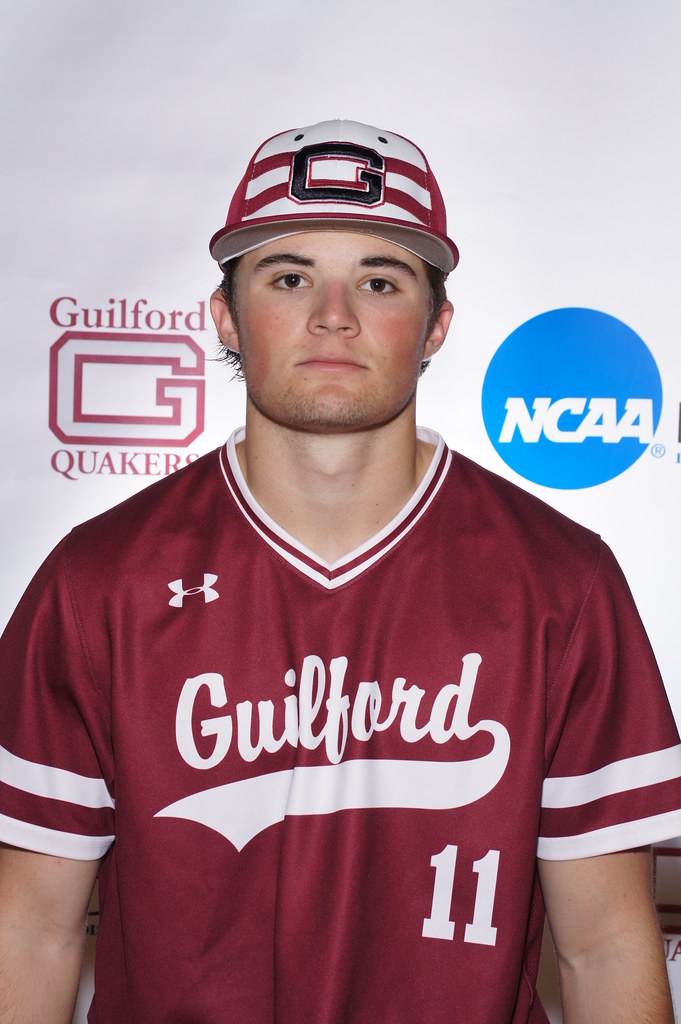 Stumpo, who concluded his college career and earned a business administration degree from Guilford this spring, was identified at a showcase event in Florida where the right-handed pitcher was clocked throwing at 96 miles per hour. Guilford’s first MLB signee since Logan Collier ’07, Stumpo reports Sunday to the Diamondbacks’ spring-training facility in Scottsdale, Arizona, where he will undergo a physical exam. Upon a successful physical, he will report to the Diamondbacks’ rookie-level Arizona League team, which plays a 56-game schedule from June-August. There, Stumpo could be reunited with former Guilford teammate Logan Jones ’17, a strength and conditioning coach in the Diamondbacks’ organization since 2018.

In addition to Stumpo and Jones’ affiliation with the Diamondbacks, Guilford alum Tony Womack ’92 played for Arizona from 1999-2003 and helped the 2001 team win a World Series title.

Stumpo earned his second career Second Team All-Old Dominion Athletic Conference (ODAC) honor this past spring. He was also a College Division All-State relief pitcher according to the North Carolina Collegiate Sports Information Association. Stumpo forged a 4-3 record with a team-leading three saves, a 4.89 earned run average, and 80 strikeouts in 70.0 innings. He led the Quakers’ regulars in wins, strikeouts, innings pitched, and opponent’s batting average (.250). His 80 strikeouts ranked third in the ODAC. All four of his wins came in relief, including a five-inning performance April 23 at Emory & Henry College in which he threw five scoreless innings of two-hit ball with eight strikeouts. Stumpo fanned a season- and career-high nine batters in a six-inning relief stint in an April 17 win over Roanoke College.

Also an outfielder for the Quakers, Stumpo concluded his career with a .300 batting average in 127 games. His 31 doubles rank 13th in school history. He also compiled 10 triples, two homers, and 72 RBI. As a pitcher, Stumpo went 10-7 with a 5.29 ERA and five saves in 43 appearances (13 starts). His five saves and 8.64 strikeouts per nine innings both stand fifth all-time at Guilford. He struck out 142 batters in 148 innings and held the opposition to a .264 batting average. Stumpo received one of Guilford’s prestigious 2019 English Athletic Leadership Awards last month and graduated last month with a degree in business administration.