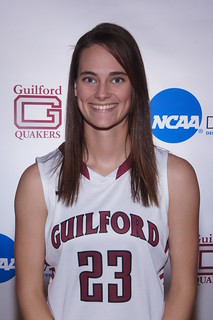 Cuttaia, a 5-11 forward, scored a team-high 21 points and six rebounds in the Quakers’ lone contest of the week, a 77-50 home win over league-rival Bridgewater College Nov. 25. She shot 69.2 percent from the floor, had two assists and blocked two shots.

Through the Quakers’ first five games, Cuttaia averages 9.2 points and 5.4 rebounds per game, which both rank second on the team. She also boasts the team’s top three-point percentage (55.9), which ranks stands in the ODAC. Cuttaia leads the league with 10 blocked shots and has connected on 50 percent of her shots from the floor. She stands 12th among the league’s field-goal percentage leaders.