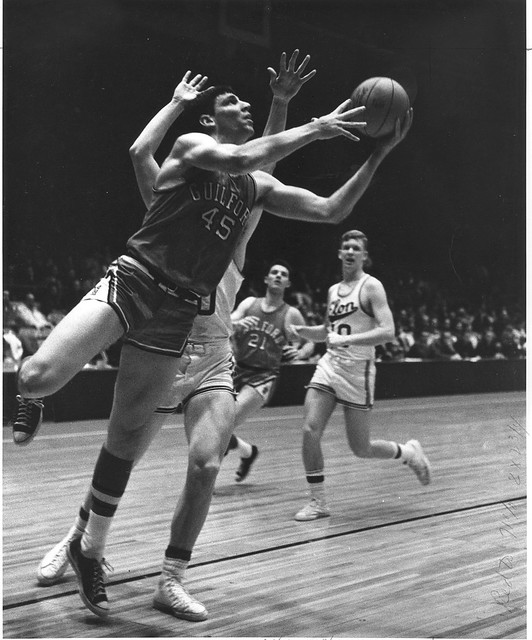 Kauffman starred in the frontcourt for coach Jerry Steele’s basketball teams from 1964-68. Kauffman came to Guilford from Scarsdale, N.Y., and earned National Association of Intercollegiate Athletics (NAIA) honorable mention All-America recognition as a sophomore in 1966. He was a second-team All-American and the Carolinas Conference Most Valuable Player as a junior. Kauffman was named to five different All-America squads as a senior in 1968. He helped turn Guilford into a national power that won 86 games in his four seasons with three straight trips to the NAIA Tournament in Kansas City, Mo.

The Seattle SuperSonics made Kauffman the third overall pick in the 1968 NBA Draft. He played seven years in the NBA with four different teams: Seattle, Chicago, Buffalo and Atlanta. Kauffman was a three-time NBA All-Star and posted career averages of 11.5 points, 7.0 rebounds and 2.7 assists per game before retiring in 1975. He spent two seasons as assistant general manager for the Atlanta Hawks before Detroit hired him as the Pistons’ general manager in 1977. He took over as the team’s head coach midway through the 1977-78 campaign before stepping away from both positions in the summer of 1978.

Kauffman was inducted into Guilford’s Athletics Hall of Fame in 1973. The college retired his jersey number (44) in 2009. 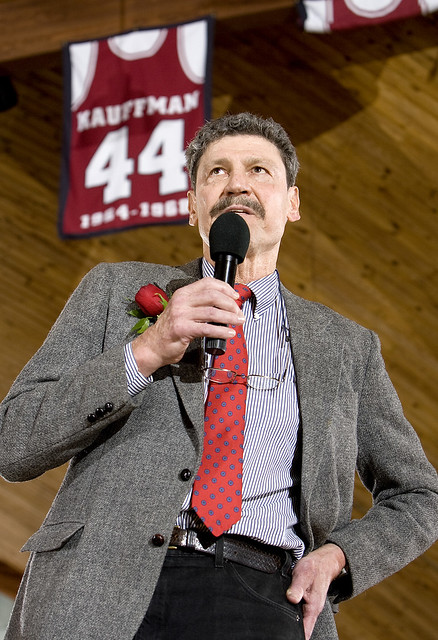 Kauffman is survived by his wife, Judy, and three daughters. A memorial service will be held August 1 at 3:00 p.m. at Calvary Chapel in Lilburn, Ga. The family will receive visitors July 31 from 6:00-8:00 p.m. at Wages Funeral Home.