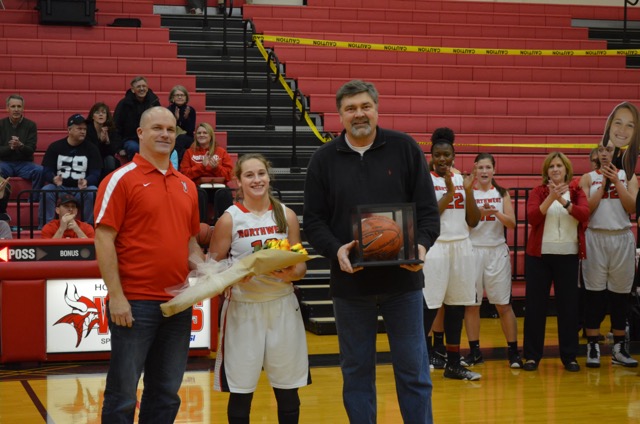 GAME NOTES:
–Northwest Guilford was able to overcome a spirited effort from the visiting Glenn Bobcats as the Vikings took control of the game during the 4th quarter which led to a 79-68 conference victory. The game was back and forth for the majority of the 1st half until the Vikings were able to execute their offense with better precision and secured some key stops on the defensive end.
–Tre Turner led Northwest with 30 points, 7 rebounds, and 3 assists while Jalen Spicer stuffed the stat sheet with 8 points and 14 assists, 5 rebounds, and 6 steals. Senior, Jaylen Gore, contributed 11 points and 4 assists for Northwest. David Funderburg chipped in with 8 points, 5 rebounds, and 2 blocks and the Vikings also got 8 points from Reggie Davis to go along with his 6 rebounds.
–Chrishawn Lindsey and Kyhre Thompson led Glenn with 22 and 20 points respectively for the Bobcats.