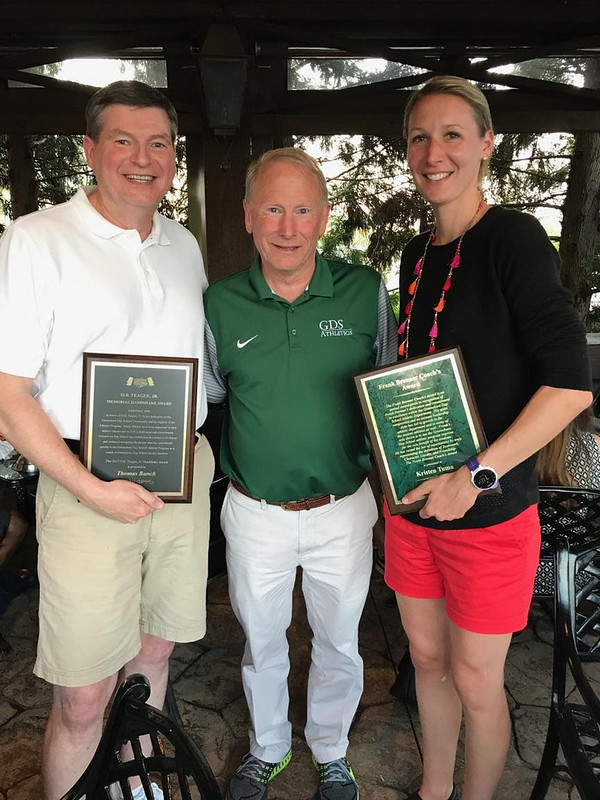 The O.B. Teague, Jr. Memorial Handshake Award is given annually to a coach or faculty member who has contributed greatly to the GDS Athletic Program. The 2016-17 recipient is Thomas Bunch, who has coached at GDS for 14 years. He most recently coached JV Boys Basketball and is an active fan, regularly attending GDS sporting events.

The Frank Brenner Coach’s Award is given annually to recognize Frank Brenner’s dedication and commitment to excellence within the Greensboro Day School Athletic Department. This award is given to a person who represents teamwork, character, loyalty, and friendship. The 2016-17 recipient is Kristen Tuma, Physical Education Department Chair and Field Hockey Coach.