The formal induction ceremony is September 18 at the Greensboro Coliseum. For ticket information, call (336) 433-7261. 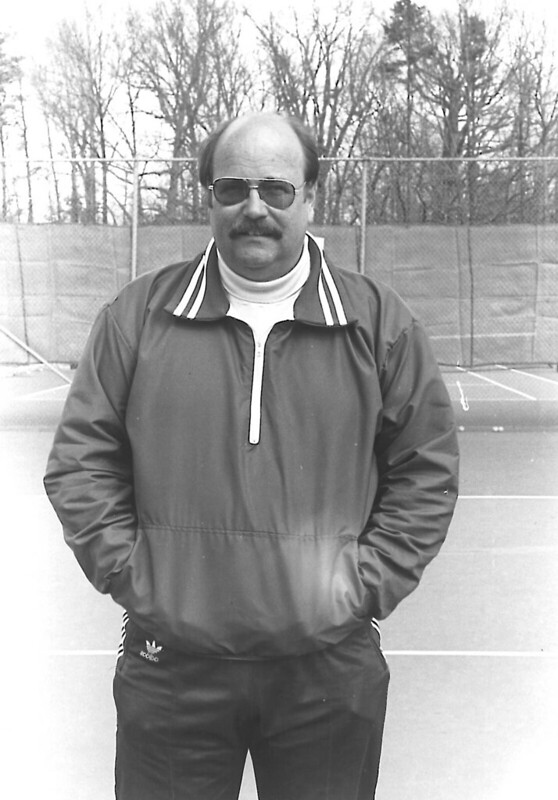 A 2002 Guilford College Sports Hall of Fame inductee, Alley coached the Quakers’ men’s soccer and men’s tennis teams from 1975-88 and has the school’s most coaching victories in both sports. His men’s soccer teams went 50-36-3 in five seasons and won a school-record 17 games in 1976. The 1976 team scored a school-record 109 goals, the most by any college soccer team in the country that year. Alley earned the 1975 Carolinas Conference Coach of the Year Award and was the 1977 NAIA District 26 Coach of the Year.

Alley’s tennis teams won over 350 games in 23 seasons at High Point and Guilford. He spent 13 years as the Quakers’ tennis coach and turned the program into a national power. Alley helped make Guilford a regular participant in the NAIA National Tournament and coached four All-Americans. The Catawba, North Carolina, native garnered nine District 26 Coach of the Year honors and eight Carolinas Conference Coach of the Year commendations. He was the 1975 NAIA National Tennis Coach of the Year while coaching at High Point in 1975. A 1966 High Point University graduate, Alley was inducted into the North Carolina Soccer Hall of Fame in 2002. He coached the Bishop McGuiness High School girls’ soccer team this past spring and resides in Greensboro where he also publishes Southern Soccer Scene and North Carolina Tennis Today. 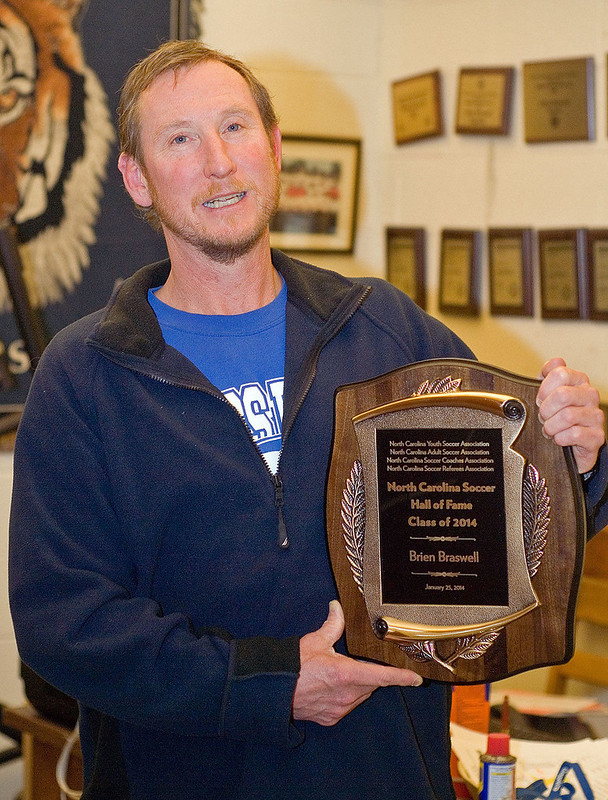 Braswell ’87, a decorated soccer coach at Ragsdale High School, was inducted into the North Carolina Soccer Hall of Fame in 2014. He was an all-state high school goalkeeper at Wake Forest-Rolesville High School and played four seasons as a goaltender at Guilford. He compiled seven shutouts, a 1.34 goals against average and a .815 saves percentage in 25 career appearances for the Quakers. Braswell recently completed his 28th year as boys’ and girls’ soccer coach at Ragsdale, where his teams have won seven state championships, three for boys and four for girls. He directed the Tigers’ boys to the state 3A title in the fall of 1993 and the Tigers’ girls to the 1A/2A/3A crown the following spring. Braswell was named National Soccer Coaches Association of America (NSCAA) Division II South Region Coach of the Year in 2005 and North Carolina’s boys’ soccer coach of the year in 1993. One of his former charges, Siri Mullinix, won an Olympic silver medal with the United States 2000 women’s soccer team and is also a Guilford County Sports Hall of Fame honoree.