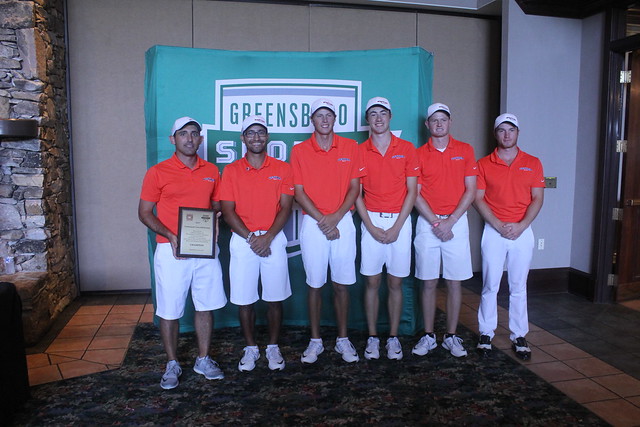 The Patriots, ranked first in the current Bushnell/Golfweek NCAA Division III Coaches’ Poll, carried a six-shot lead over number-nine Illinois Wesleyan University into Monday’s play, but had to withstand fifth-ranked Huntingdon’s final-round 288 that lifted the Hawks from ninth place to second at 295-295-288-878 (+14). Illinois Wesleyan finished at 14-over par at 285-292-301-878. Number-18 Concordia University (Texas) (884) and third-ranked Methodist University (887) rounded out the top-five. 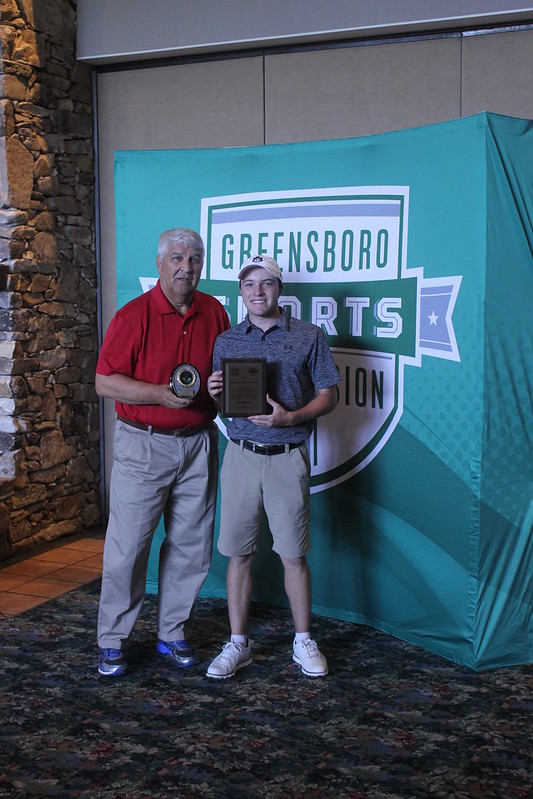 UT-Tyler led after each of the three rounds. The second round, suspended Sunday due to darkness, finished Monday morning and saw the Patriots start with a seven-stroke lead over Illinois Wesleyan and Greensboro College. UT-Tyler shot a pedestrian 305 Monday, opening the door for Illinois Wesleyan and Huntingdon. Behind Connelly’s three-under 69 and Jon Colten Stanaland’s 70, the Hawks made a strong move down the stretch, but couldn’t quite close the gap. The Titans also failed to take advantage despite O’Neil’s 74 and a one-over-par 73 by Rob Wuetrich. Greensboro slumped to a final-round 317 and finished 11th.

Co-hosted by Guilford and the Greensboro Sports Commission, the Preview consisted of top finishers from the 2017 NCAA Division III Championships and select regional teams. The event previewed the 2018 Division III Championships, which return to Grandover for the third time in seven years May 15-18. This year’s field featured 17 teams ranked among the top-25 in the Bushnell/Golfweek Poll, including eight of the top-nine clubs.

Guilford and many of the same teams in the Tournament Town Preview will compete in the Division III Golfweek Fall Invitational Oct. 15-17 at the Sandestin Resort in Miramar Beach, Florida.