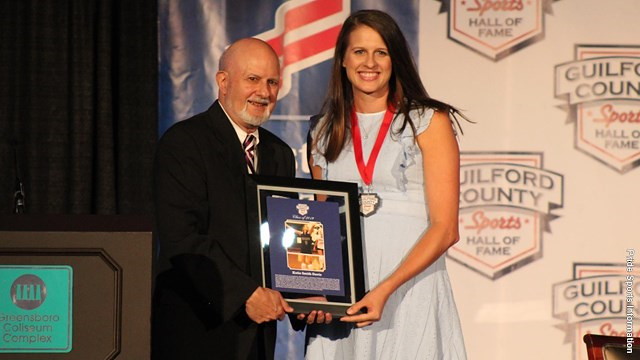 While she was also an accomplished basketball player, Katie Smith Davis was an exceptional volleyball player at Northwest Guilford and later at Greensboro College. At Northwest, she was twice conference player of the year and helped the Vikings win three conference titles and make the state playoffs four times. She played Junior Olympics volleyball for four years and was all-tournament on a team that won the gold medal in Hawaii. Katie continued her stellar career in college and was a four-time first team all-conference choice, a two-time coaches All-American and winner of several other awards. She holds multiple records at Greensboro College and in the USA South Conference. Katie was named to the Greensboro College Athletics Hall of Fame in 2012 and the USA South Hall of Fame in 2018. 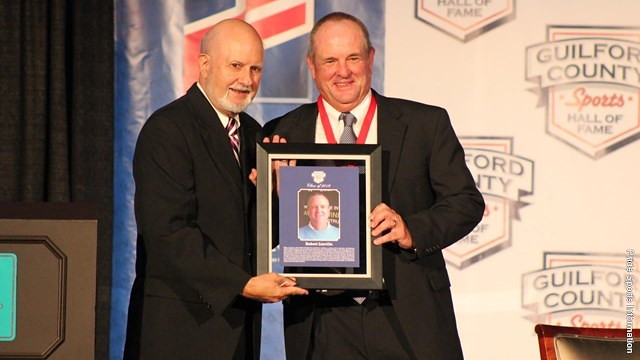 When it comes to golf, Robert Linville has excelled as a player, a coach and an instructor. At Northwest Guilford, he made all-conference for three years and at Guilford College he was all-conference four times and an NAIA All-American in 1979. He has always kept playing, and won the Bermuda Run Senior Open 2010 and the Carolinas PGA Senior Open in 2011. Robert coached at Greensboro College from 1995-2007. The Pride won the NCAA Division III national championship in 2000 and finished second two other times. He was conference coach of the year three times and national Coach of the Year twice. He coached the USA national collegiate team against Japan in 2000 and 2006 and won both times. Robert founded a golf school in 1989, founded the Peggy Kirk Bell girls tour in 2007 and was twice named the Golf Performance PGA Teacher of the Year.

This year marked the 15th class inducted into the Hall of Fame and now has a membership of 165 individuals.