**********Who has the Best Baseball Bats in Town??? So far Jerry Stafford is the runaway Winner!!!(Who has the Baseball Bat/Greensboro Bats)**********
We were talking about the old Al Kaline bats on here last week, and we also remember the Orlando Cepeda bats, the Tony Olivia bats, the Rod Carew bats, the big Lee May bats, every bat bag had a Mickey Mantle bat in it, there were the Hank/Henry Aaron bats, the Frank, Brooks, or Jackie Robinson bats, and so many more…. 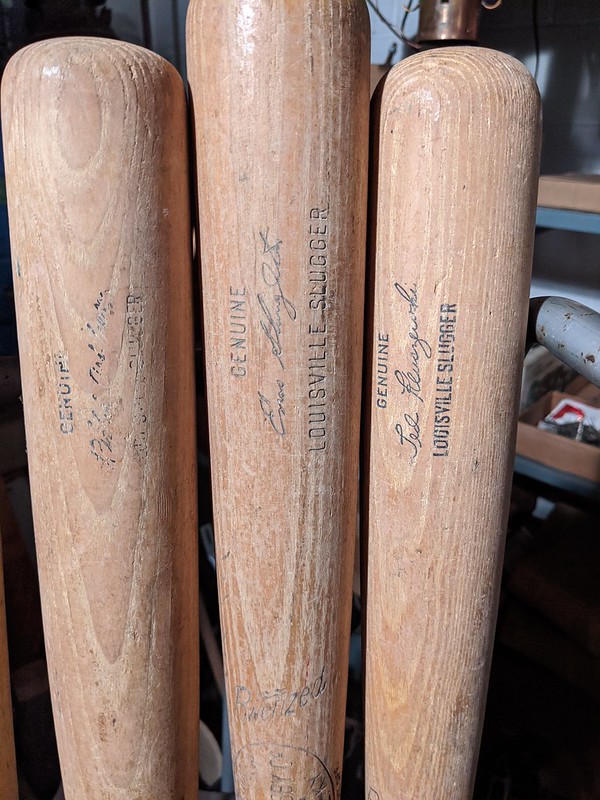 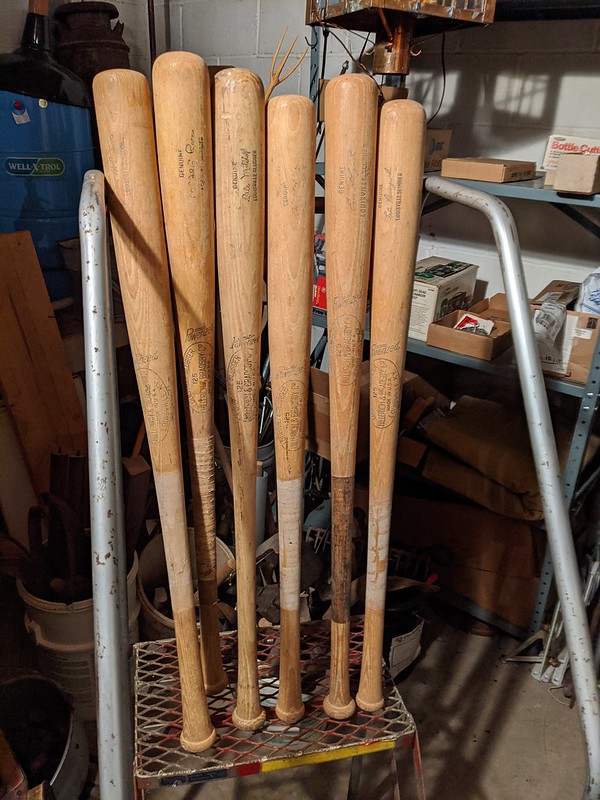 You have probably heard of Enos “Country” Slaughter, from Roxboro, N.C. and from his days with the St. Louis Cardinals, where he played “Country Hardball”…Jackie Robinson was #42, and he broke the color-barrier in professional/Major League Baseball, when he made his way onto the Brooklyn/LA Dodgers…

Just as we always like to do, here is some of the background on Ted Kluszewski, best-known for his days with the Cincinnati Reds…
(from Wikipedia/www.wikipedia.com)

Theodore Bernard Kluszewski (September 10, 1924 – March 29, 1988), nicknamed “Big Klu”, was an American professional baseball player from 1947 through 1961. He spent most of his 15-year Major League Baseball (MLB) career playing for the Cincinnati Reds as a first baseman.

Kluszewski was a National League (NL) All-Star for four seasons. He had a .298 lifetime batting average, hitting over .300 seven times. In 1954, he was the NL Most Valuable Player (MVP) runner-up, hitting for a .326 average and leading the NL in home runs (49), RBI (141), and fielding average (.996). In 1959, Kluszewski was traded late in the season to the Chicago White Sox from the Pittsburgh Pirates. He batted .297 and did not commit any errors in 31 games for Chicago, which helped the “Go Go” White Sox to clinch the American League pennant that year. In 1962, he was inducted into the Cincinnati Reds Hall of Fame.

More on #42 Jackie Robinson from Wikipedia….
Jack Roosevelt Robinson (January 31, 1919 – October 24, 1972) was an American professional baseball player who became the first African American to play in Major League Baseball (MLB) in the modern era. Robinson broke the baseball color line when he started at first base for the Brooklyn Dodgers on April 15, 1947. When the Dodgers signed Robinson, they heralded the end of racial segregation in professional baseball that had relegated black players to the Negro leagues since the 1880s. Robinson was inducted into the Baseball Hall of Fame in 1962.

More on Enos “Country” Slaughter from Wikipedia….
Enos Bradsher Slaughter (April 27, 1916 – August 12, 2002), nicknamed “Country”, was an American Major League Baseball (MLB) right fielder. He played for 19 seasons on four major league teams from 1938–1942 and 1946–1959. He is noted primarily for his playing for the St. Louis Cardinals and is best known for scoring the winning run in Game 7 of the 1946 World Series. A ten time All-Star, he has been elected to both the National Baseball Hall of Fame and St. Louis Cardinals Hall of Fame.

Early life
Slaughter was born in Roxboro, North Carolina, where he earned the nickname “Country”, and joined the St. Louis Cardinals in 1938 before being traded to the New York Yankees in 1954.

**********Since the high school and college players use aluminum bats, how can they carry a bat with a Major Leaguer’s name on it, to the plate??? Back in my days of youth baseball, I never used an aluminum bat….Might have used one in a softball game or two, but do not remember….Back in our day, you had maybe one or two favorite bats, a bunch of small thin nails, and a roll of black electrician’s tape….You also had to keep a hammer handy…You never wanted to lose your bat, so if you cracked it, you nailed in those small nails and wrapped the bat handle with the electrician’s tape…You did not want to lose that lucky bat under any circumstances…Just about every bat that had hits in it, had tape on it….**********